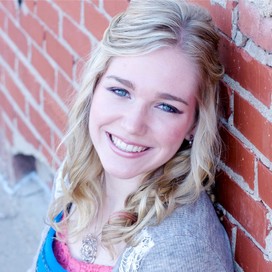 For this project, I decided to watch a movie produced in Spain. I wanted to get a feel for this one specific movie genre and how it differed from American horror movies. I chose El orfanato because it was close to Halloween and my roommates and I wanted to watch a horror movie! 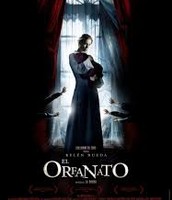 Laura is the main character in the movie. She used to be an orphan and has decided to adopt a son of her own, Simón. When Simón disappears, Laura dedicates all of her time to looking for him. 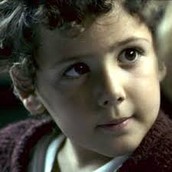 Simón is Laura's adopted son. He has multiple "imaginary friends" that he plays games with. In the beginning of the movie, Simón disappears, and Laura and her husband desperately search for him.

Tomás (the other children)

Tomás and the other children are Simón's "imaginary friends." In actuality, they are the ghosts from Laura's past at the orphanage. Tomás in particular shows up repeatedly throughout the movie.

Benigna was one of the workers at the orphanage that Laura stayed at when she was a child. Incidentally, Tomás is Benigna's deformed child.

Carlos is Laura's husband and Simón's adopted father. He helps search for Simón when he disappears. Carlos ends up leaving towards the end of the movie because he can't deal with the situation. 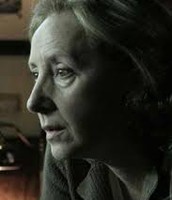 Pilar is the lead detective on the case of Simón's disappearance. Along with Carlos, she doesn't believe in the medium's suggestion for Laura to listen to the ghosts from her past.

In the beginning of the movie, Laura, Carlos, and Simón all move to a new house. This house happens to be the old orphanage where Laura lived as a child. While at this new house, Simón "creates" several "imaginary friends." His parents think nothing of it until Laura catches Simón seemingly talking to himself in a cave. She sees no one with him and asks who was there. Simón tells her it's his new friend Tomás and invites him to the house. He begins drawing pictures that include several children and Tomás with a sack mask.

At this point, weird things start happening around the house. Benigna, a social worker (who Laura doesn't realize is from her past) shows up and starts asking questions about Simón. At the same time, Simón's mood begins to change. He tries to bring Laura along to play a game with the imaginary children that he befriends. When she ignores him and tells him that he just has an overactive imagination, he gets angry and yells at her saying that she isn't his real mom and that he was going to die soon. This worries Laura because her and Carlos had yet to tell Simón that he was adopted.

Soon after that, Laura and Carlos hold a party at their house for the disabled children that they hope to welcome into their home. At this party, Laura and Simón have an argument. Simón tries showing her where Tomás lives, but Laura refuses to listen because she is too busy. Simón disappears, and while she is looking for him, she gets trapped in the bathroom by a boy with a sack mask over his head - just like the mask in Simón's drawings.

When Laura is finally released, she searches all over for Simón. She looks in all of his typical places - the caves at the beach, all over the house, she even looks in a closet under the stairs. While looking in this closet, two heavy metal poles fall, which she quickly pushes back in. The next night, Laura hears a huge crash and quickly jumps up to investigate. She couldn't find anything, but got the feeling that someone else was in the house.

Six months later, Simón still has not appeared, and Laura, Carlos, and Pilar are no closer to locating him. Laura sees Benigna in the city, but in the next instant, Benigna is hit by a bus and killed. While looking into her death, Pilar finds out that Benigna worked at the same orphanage Laura stayed at as a child and that Benigna had a son named Tomás who was required to wear a sack mask to hide his deformity. Pilar also finds out that Tomás was killed when he was still a child.

At this point in the movie, Laura starts to go crazy with worry. She begins to feel the presence of other people in the house. Eventually she can't take not knowing what is living in the house with her and Carlos, so she hires a medium. The medium hears the ghosts of several children from the orphanage calling for help. Laura begins to realize that Simón's "imaginary friends" might not be so imaginary. Carlos and Pilar want Laura to ignore the medium's findings, but Laura can't leave it alone. She begins following clues and playing the same sort of game that Simón and his friends played. This game leads her to the ashes of the children that Benigna killed in revenge of Tomás' death.

Carlos leaves the house, but Laura decides to stay. She is desperate to find out where Simón is, so she tries to contact the spirits of the orphans. By recreating a scene from her childhood, Laura finds the children who lead her to the secret room under the stairs. After thoroughly searching the closet, Laura finds a door to a secret room. She heads down the stairs and finds Simón's body at the bottom.

She realizes that Simón had hidden from her in the secret room, and when she moved the poles, she trapped him inside. The crash she heard was Simón falling down the stairs and breaking his neck. Laura is so distressed by this that she overdoses on pills and dies surrounded by the orphans who are happy that she is home. The movie ends with Carlos walking by the graves of Laura and Simón and smiling.

I really enjoyed this movie! I don't typically like horror movies (I can't STAND it when things jump out at me), but I actually sat through and watched just about the whole movie. I really enjoyed how there weren't many senseless scares, but rather the storyline was carried throughout the movie. I'd definitely recommend this movie for anyone who enjoys a tasteful horror movie; however, I wouldn't watch it alone at night!