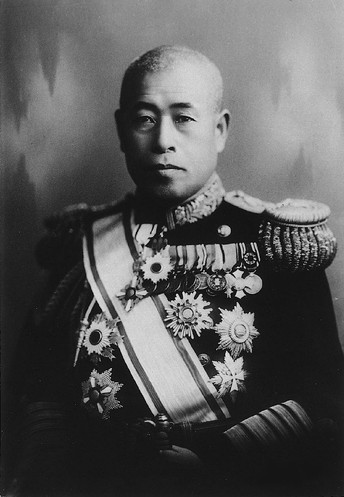 A sailor, an admiral, a gambler, a decorated military strategist, Yamamoto Isoroku left his mark on history by rising through the ranks of the Imperial Japanese Navy, empowering his nation's naval aviation and foreseeing the defeat and subsequent fall of the Empire of Japan. He was a distinguished man, who held immense popularity amongst his sailors and officers in the navy as well as holding close ties to the royal family. But was he just another militarist, another fanatic? Who was Marshal-Admiral Yamamoto Isoroku?

Born on 4 April 1884 with the birth name Takano Isoroku, our subject was a part of an intermediate samurai family, although was later adopted into the Yamamoto family. He pursued a career in the navy, and after graduating from the Imperial Japanese Naval Academy at the rank of Midshipman in November 1904 Yamamoto served on the Nisshin during the Russo Japanese war. Between this date and December 1915, Yamamoto achieved the positions of Ensign, Sublieutenant, Lieutenant and Lieutenant Commander, with the latter promotion from the Naval Staff College. In 1919 he became a commander, which led to joining the Japanese Navy Establishment. This group within the navy preferred that a policy of gunboat diplomacy was used to project force rather than aggressive expansionism. 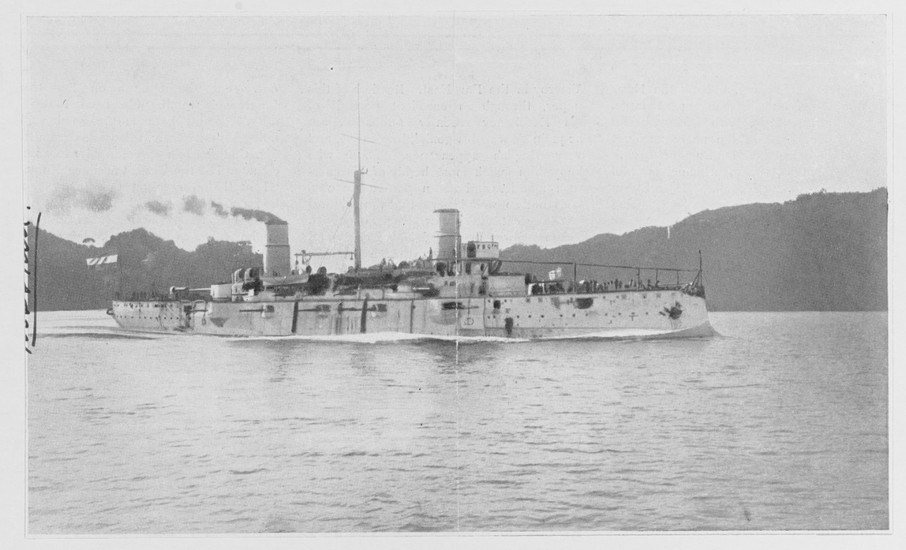 Above: The Nisshin, an Armoured Cruiser and first warship Yamamoto served on. Image is from 1903 just prior to her purchase by the Imperial Japanese Navy (IJN).

Yamamoto opposed conflict with the United States, partly due to his extensive studying and travelling in the US, where he observed and researched American customs, business practices and industrial capabilities. Throughout the 1920s and 30s, he opposed many developments, such as that with China in 1937, and the signing of the Tripartite Pact. In 1938 many army and naval officers began to publicly speak out against Yamamoto and other admirals affiliated with his ideas, which often included letters of hate mail and death threats. Acceptance of the assassination was demonstrated in these words:

“To die for Emperor and Nation is the highest hope of a military man. After a brave hard fight, the blossoms are scattered on the fighting field. But if a person wants to take a life instead, still the fighting man will go to eternity for Emperor and country. One man's life or death is a matter of no importance. All that matters is the Empire.”

Make no mistake that Yamamoto was a staunch nationalist, yet he lacked the fanatical, narrow-mindedness that many younger officers and military staff embodied.

Yamamoto could be considered one of the beacons of rationalism within the Japanese naval command, as he was unafraid to speak his mind when it came to the balance of power between Japan and the United States. He was alert and aware of American industrial and military production capabilities due to time spent in the US and even though he opposed conflict with the US, was assigned to assist with preparations and plans for the Pearl Harbour attack. The attack in accordance with the strategic goals which had been set was a success, yet Yamamoto had stated to then Prime Minister Fumimaro Konoe “I shall run wild considerably for the first six months or a year, but I have utterly no confidence for the second and third years." In a prophetic manner almost exactly six months after the Pearl Harbour (7 December 1941) attack the Battle of Midway (4-7 June 1942) was a decisive defeat for the IJN, in line with Yamamoto’s prediction. The battle of Midway often marks the turning point in the balance of power.

The Battle of Midway and its supporting reconnaissance operations were orchestrated by Yamamoto and although his plans were deemed to be of use by Japanese naval command it ultimately fell apart due to Operation Magic, a US code-breaking effort which had successfully deciphered the Japanese naval communications. This allowed Admiral Chester Nimitz to determine his strength against the Kidō Butai (Striking Force), prepare an ambush and destroy four Japanese carriers in a vulnerable moment. Midway checked Japanese battle momentum, yet the IJN still operated as a powerful force that could, in theory, regain the offensive initiative through a decisive battle at any point. Subsequently, the IJN had difficulties drawing the US into a concrete fleet action and consistently suffered irreplaceable losses in further attrition orientated actions. 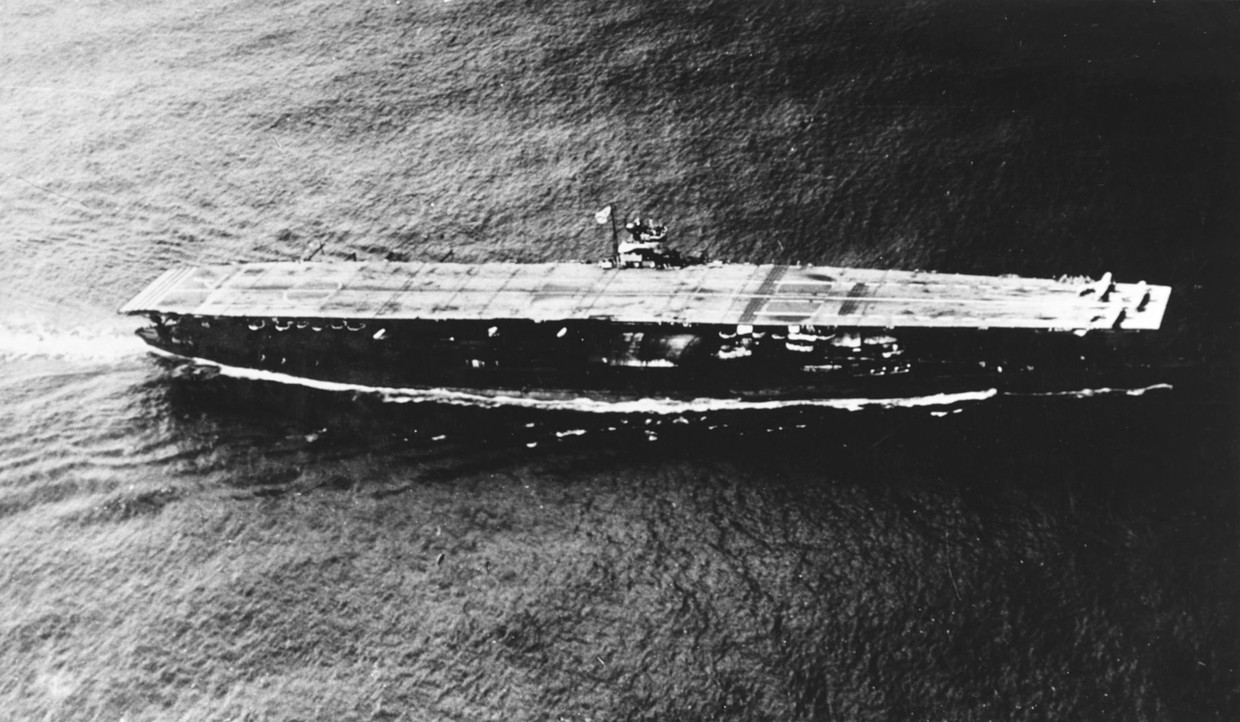 Above: IJN Aircraft carrier the Akagi at sea during the summer of 1941, three Mitsubishi A6M2 Zero fighters can be seen parked forward.

In the days leading up to April 18, 1943 Us Naval Intelligence, as apart of Operation Magic learnt of Yamamoto’s plans to fly from Rabaul to Balalae Airfield, which led to the subsequent launch and execution of Operation Vengeance, an aerial assassination of Yamamoto. The mission was a 1,600-kilometre trip performed by the 339th Fighter Squadron and the 337th Fighter Group which consisted of P-38G Lightning aircraft. These were equipped with drop tanks, which gave them the range to intercept, engage and destroy Yamamoto’s two Mitsubishi G4M Bombers and the six escorting Mitsubishi A6M Zeroes. Yamamoto’s aircraft was shot down by one of the American aircraft, yet events were disputed and the pilot responsible for the kill was never confirmed. The crash site and Yamamoto’s body were found the next day in the jungle of Boungainville island by a Japanese search and rescue party, led by army engineer Lieutenant Tsuyoshi Hamasuna. According to Hamasuna, Yamamoto had been thrown clear of the plane's wreckage, his white-gloved hand grasping the hilt of his katana, still upright in his seat under a tree. Hamasuna said Yamamoto was instantly recognizable, head dipped down as if deep in thought. A post-mortem of the body revealed that Yamamoto had received two 0.50 calibre bullet wounds, one to the back of his left shoulder and another to his left lower jaw that exited above his right eye. The Japanese navy doctor examining the body determined that the head wound killed Yamamoto. 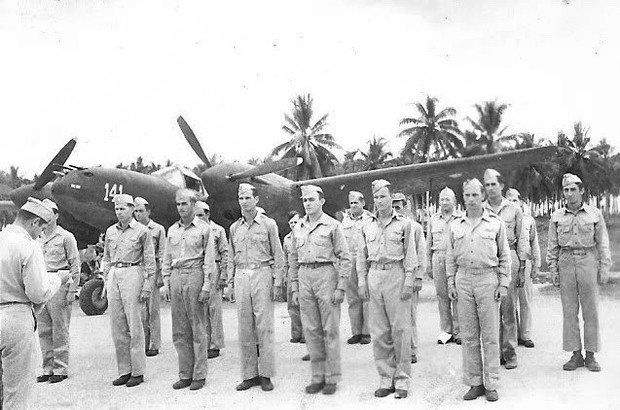 Above: Pilots of the 339th Fighter Squadron with a Lockheed P-38G Lightning in the background, Guadalcanal, 1943

Yamamoto was given a full state funeral on the 5 June 1943 as his ashes arrived aboard the Musashi, his last flagship. Where he posthumously received the title of Gensui-kaigun-taishō (Marshall Admiral), the Grand Cordon of the Order of the Chrysanthemum and Knight's Cross of the Iron Cross with Oak Leaves and Swords (Nazi Germany), some of the highest honour awards possible given by the Emperor and NSDAP officials respectively.

The life of Yamamoto and the rise of Japan is a gateway event to the rise of Asia as a whole. The 21st century, proclaimed by some as the 'Asian Century', will tell of the East challenging the west as developed and less-developed nations across the Asian continent compete against the Western world, just like the Empire of Japan did in World War Two. The study of history has always been important: in order to succeed in an uncertain future, one must understand the past; and who among us does not want to succeed?

Follow Max S
Contact Max S
Embed code is for website/blog and not email. To embed your newsletter in a Mass Notification System, click HERE to see how or reach out to support@smore.com
close