Vinayak is using Smore newsletters to spread the word online.

Get email updates from Vinayak:

The Inside Life of Chile

The Inside Life of Chile 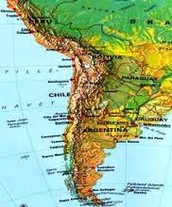 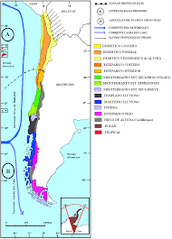 Chile is a very diverse country many people from around the world and from south America live here. Chile's main or primary language is Spanish at 99.5% English is spoken at 10.2% and 3% other languages or unspecified. Most of Chile's religion is Roman Catholic at 66% and evangelical at 16.4%. Chile's population is 17,363,894. Chile is in one of the advanced stages of the demographic transition and is becoming an aging society. One of Chile's native groups is the Inca who ruled a long time ago. Chile is a very advanced well populated and very diverse place with people from all around the world and from the past. Chile has many traditions that they spend time with their family and celebrate.

Chile is a multiparty democracy which each president has to serve 4 years according to the constitutional amendment of the year 2005. 38 senates are elected for 8 year term for the bicameral legislature. The country of Chile is divided into 13 regions sort of like our states in america. Many west European civil legal systems have effected the civil law system for Chile. The government of Chile is republic which has suffered many years of dictatorship by Augusto Pinochet he dictated from 1973- 1998.

Chile was under the control of Incas in the north and the normadic Arancanos. But it also had many years of dictatorship such as José de San Martin since 1823. They also suffered dictatorship from Augusto Pinochet from 1973-1998 and many more. 1879 to 1883 Chile fought a great war with Peru and Bolivia under the rule of Diego Portales which won Territory from Peru. The wonderful country of Chile has three major cultural groups the northern people, who developed rich handicrafts. The Araucanian culture who inhabited land near lakes which developed into a fishing which was there primaly source of agriculture. And the Patagonia Culture which consisted of many native tribes.

Many economic policies lead to the decrease of poverty by half and helped commit to a democratic and representative government. Although Chile has faced a lot of wars and lot of struggle during its time. It is now a beautiful country, and without all it has struggled in the past it would have never came to where it is today.

- Easter island is a very cool place with many stone figure

- Alacama Desert is the driest dessert in the world

- Tierra Del Fugeo has many islands and places to relax

- Lake district is a very cool sight with mountains and lakes

- Valpariso Santiago is a great city to shop and find interesting things.

Binoculars- So you can see the beautiful tourist attractions more closely.

Sunglasses-It is hot there so you might want to bring sunglasses.

Lots of water- Make sure you don't get dehydrated during your stay so bring lots of water.

Sun spray- So you wont get harmed by UVA rays.

Food- So you don't get hungry while traveling from place to place.

Passport- If you ever get into trouble bring your passport so they know your a tourist.

Light Sweater- It is good weather but at some points it might get cold so bring a light sweater.

Rain Coat- If your touring the tropical area of Chile bring a rain coat.

Chile Currency Money- If you want to buy a souvenir or any other accessories.

Goggles- so you could go swimming on a beach. 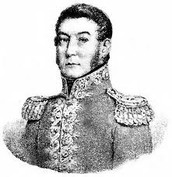 Was a dictator of Chile since 1823. Who led a war against Bolvia and Peru which gained much more land.

The presidential palace in Santiago

This is a picture of Easter island an the island of Chile. This is known because of how unique it is and how long age it was made.

This is a picture of Tierra Del Fuego it is known because of its unique view, mountains, and lakes.

Vinayak is using Smore newsletters to spread the word online.