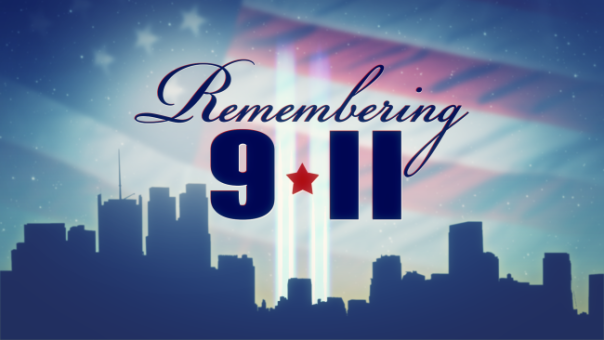 On September 11, 2001, at 8:45 a.m. on a clear Tuesday morning, an American Airlines Boeing 767 loaded with 20,000 gallons of jet fuel crashed into the north tower of the World Trade Center in New York City. The impact left a gaping, burning hole near the 80th floor of the 110-story skyscraper, instantly killing hundreds of people and trapping hundreds more in higher floors. As the evacuation of the tower and its twin got underway, television cameras broadcasted live images of what initially appeared to be a freak accident. Then, 18 minutes after the first plane hit, a second Boeing 767–United Airlines Flight 175–appeared out of the sky, turned sharply toward the World Trade Center and sliced into the south tower near the 60th floor. The collision caused a massive explosion that showered burning debris over surrounding buildings and the streets below. America was under attack.

As millions watched the events unfolding in New York, American Airlines Flight 77 circled over downtown Washington, D.C., and slammed into the west side of the Pentagon military headquarters at 9:45 a.m. Jet fuel from the Boeing 757 caused a devastating inferno that led to the structural collapse of a portion of the giant concrete building. All told, 125 military personnel and civilians were killed in the Pentagon, along with all 64 people aboard the airliner.

Less than 15 minutes after the terrorists struck the nerve center of the U.S. military, the horror in New York took a catastrophic turn for the worse when the south tower of the World Trade Center collapsed in a massive cloud of dust and smoke. The structural steel of the skyscraper, built to withstand winds in excess of 200 miles per hour and a large conventional fire, could not withstand the tremendous heat generated by the burning jet fuel. At 10:30 a.m., the other Trade Center tower collapsed. Close to 3,000 people died in the World Trade Center and its vicinity, including a staggering 343 firefighters and paramedics, 23 New York City police officers and 37 Port Authority police officers who were struggling to complete an evacuation of the buildings and save the office workers trapped on higher floors. Only six people in the World Trade Center towers at the time of their collapse survived. Almost 10,000 others were treated for injuries, many severe.

Meanwhile, a fourth California-bound plane–United Flight 93–was hijacked about 40 minutes after leaving Newark International Airport in New Jersey. Because the plane had been delayed in taking off, passengers on board learned of events in New York and Washington via cell phone. Knowing that the aircraft was not returning to an airport as the hijackers claimed, a group of passengers and flight attendants planned an insurrection. One of the passengers, Thomas Burnett Jr., told his wife over the phone that "I know we're all going to die. There's three of us who are going to do something about it. I love you, honey." Another passenger–Todd Beamer–was heard saying "Are you guys ready? Let's roll" over an open line. The passengers fought the four hijackers and are suspected to have attacked the cockpit with a fire extinguisher. The plane then flipped over and sped toward the ground at upwards of 500 miles per hour, crashing in a rural field in western Pennsylvania at 10:10 a.m. All 45 people aboard were killed.

That evening at 9 p.m., President George W. Bush delivered a televised address from the Oval Office, declaring, "Terrorist attacks can shake the foundations of our biggest buildings, but they cannot touch the foundation of America. These acts shatter steel, but they cannot dent the steel of American resolve." In a reference to the eventual U.S. military response he declared, "We will make no distinction between the terrorists who committed these acts and those who harbor them."

Operation Enduring Freedom, the American-led international effort to oust the Taliban regime in Afghanistan and destroy Osama bin Laden's terrorist network based there, began on October 7. Within two months, U.S. forces had effectively removed the Taliban from operational power, but the war continued, as U.S. and coalition forces attempted to defeat a Taliban insurgency campaign based in neighboring Pakistan. Osama bin Laden, the mastermind behind the September 11th attacks, remained at large until May 2, 2011, when he was finally tracked down and killed by U.S. forces at a hideout in Pakistan.

The events that I have just read to you occurred before most of you were even born. The rest of you were too young to remember or to understand the significance of this event. For the rest of us, it is a day that we will never forget. We remember where we were when we heard about the attacks. We remember the feelings of shock, disbelief, grief, and anger that we felt on that day and the days to come.

Why are we taking the time to remember this day? We are doing it so that no one forgets the innocent lives lost, the bravery and sacrifice of the civilians who fought back on United Flight 93, and the first responders who gave their lives trying to save others. But we also take this time to remember that there are those in this world who are intent on destroying America and our way of life. Today, Islamic terrorists groups, such as ISIS and Al Quaeda continue to threaten and kill Americans. We must resolve to fight those who threaten our freedom. The price of freedom can be very high. Many have given their lives to protect those freedoms. May we never forget their sacrifice and may we never forget the events of 9/11. 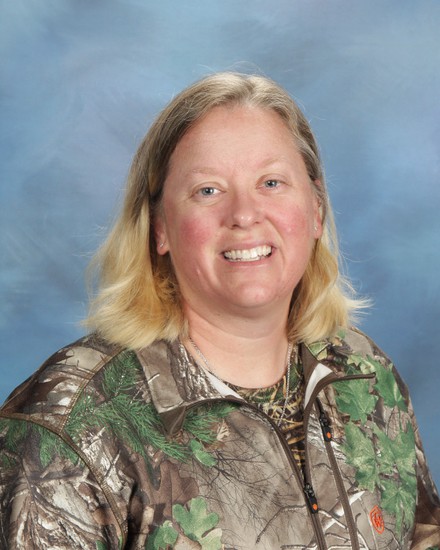 We have some new positions this year and filling those positions are Ms. Ruesch and Mrs. Morales. Ms. Ruesch used to be the Content Mastery teacher and is now the Assistant Principal. Her favorite color is red. “Red everything," she says. Her school conspiracy theory is that it is haunted and if you need proof there is some around the Administration building. When I asked her what she looks forward to the most this year she said, “Getting to know all the students.”

We are excited to see what this year looks like with an Assistant Principal. 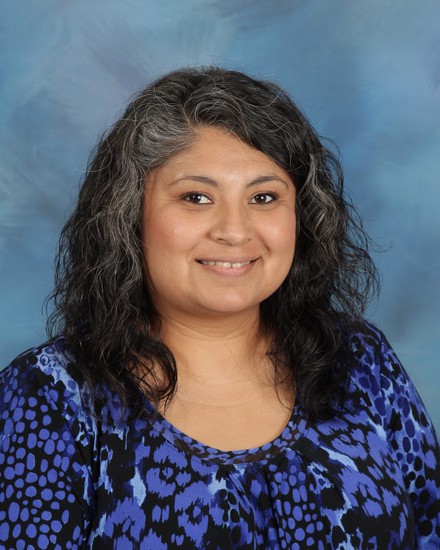 Mrs. Morales was an Aide at the Elementary, she is now the Assistant Principal's secretary. Her favorite color is red also. She doesn't believe in Bigfoot. She graduated from Lemsa High School, “Go Golden Tornadoes.” When asked what she is looking forward to the most this year she said, “Being done with Covid-19, helping kids find their way, meeting new friends, and new work experiences.”

We are all really happy to have both of them with us, sailing the Pirate Ship into this new school year.

The Lady Pirates Middle school volleyball girls had their first game on Monday, August 31st. The team took on the Lady Horns of Harper. The B team lost in two sets with scores of 19-25 and 15-25. The A team lost in two sets with scores 10-25 and 17-25. The Lady Pirates will be back in action on Thursday, Sept. 10th when they play the Lady Eagles of Hunt in a home contest. 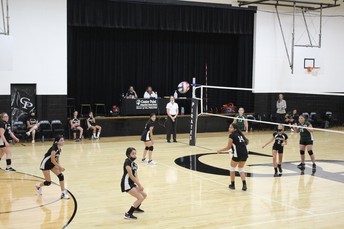 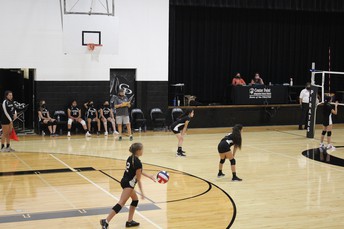 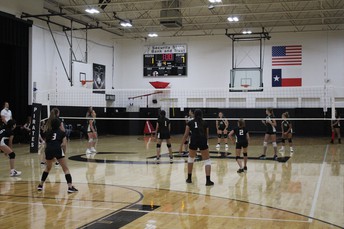 The Center Point Pirates opened their season with a 36-12 thrashing of the Sabinal Stingers. After falling behind 6-0, the Pirates marched up and down the field, scoring 28 unanswered points. Mauricio Gallegos, Lelin Dunaway, and Jose Gallegos led the way in a strong ground attack. Mauricio had the hit of the evening when he upended a Sabinal player to open things up for a Juan Alvarado touchdown run. Defensively, the Pirates smothered the Sabinal offense, big hits coming from Dunaway, Kole Blackledge, Mauricio Gallegos, and Clayton Forster. While the Pirates had their share of mistakes, it was an impressive way to open the season.

Jude Hueber and Joe Castaneda ran well for the first meet of the year at Family Educators Alliance of South Texas(FEAST) in San Antonio. Jude finished with a time of 23:21:7 after a 5 sec penalty was added and Joe finished with 24:17:3 and also was penalized 5 seconds. I am happy with the performance. We can only get better as we go forward in the season. 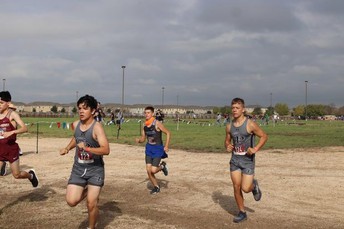 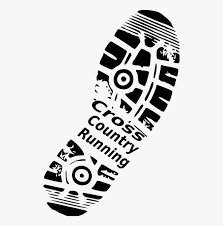 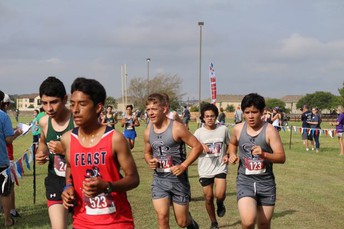 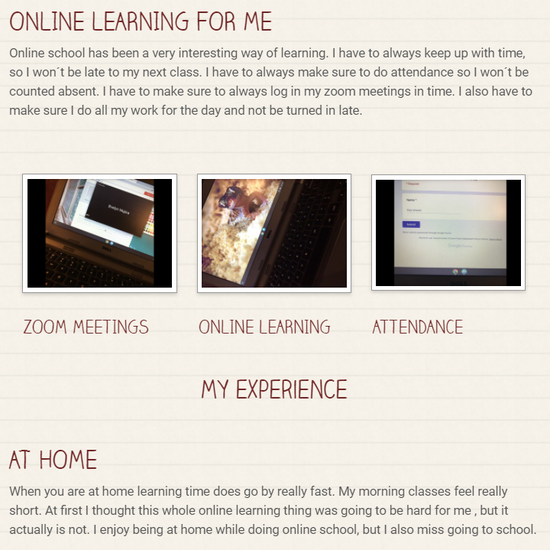 Why I Chose to Come Back to School

I came back from online school honestly because during the few days I did it, nothing felt the same. Everything was so new and confusing to me. Sitting in the same spot everyday not moving from class to class bothered me a lot. I felt like I had to move around, not just sit in the same spot for every class. At school I’m able to do so much more than at home. At home everything felt as though it was just messing with me. I felt like I couldn’t understand anything or really do anything. School work was so much harder than I thought it would be. I only did online school because I thought everything would be easier. Being back at school has some advantages and disadvantages, but it has been so much easier than at home! School allows you to see your friends again without having to just text them everyday or face-time. Due to COVID-19, we have to social distance and wear masks but on the bright side they are not hard to breath through. Even though some of my classes are difficult for me, I try my best. It is now the third week of school and I've been trying to turn everything in on time. I do everything to the best of my capabilities. 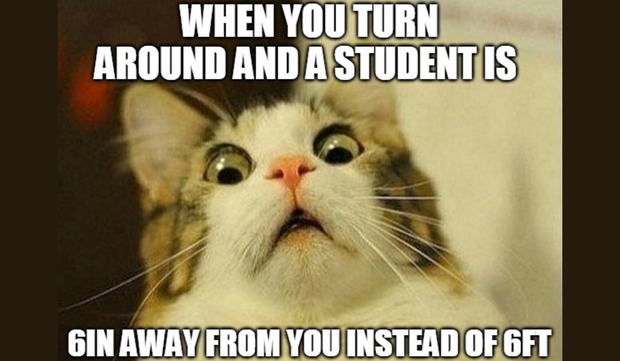 This peprally was for the Pirates vs. Sabinal Yellowjackets.

Here is the link for the pep rally.