The Battle of Midway

The Battle of Midway 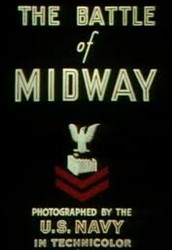 The Days Have Arived

Six months after the attack of Pearl Harbor, June 5th 1942, the U.S. defeated the Japanese at the Midway Atoll. The U.S took down four naval ships belonging to the Japanese, and the cause was all about who would gain territory in East Asia.

The U.S. goal for the attack was to protect our land from more damage and keep the fight from the U.S. territory.

Japan's main goal was to remove the U.S from being a Pacific Power so they could take East Asia.

The winning of this war made U.S Naval power look unbreakable which later on helped us stage more effective attacks against Japan and its axis allies.

Citizens said this was a big turning point in the Pacific threat of the war.

US: The US winning strategy was air attacks against the Japanese, forcing the Japanese to surrender.

Japanese: The Japanese strategy was to surprise the Americans in water due to the fact that they had small numbers because of the Battle at Coral Sea.

Nimits was Fleet Admiral. He participated in seven battles including:He also contributed in WWl and WWll and obviously, the Battle of Midway.

Spruance's commands were part of The United states 5th Fleet. Spruance only fought in four battles:

He also took part in WWl and WWll.

Pete was a pioneer in naval aviation. He contributed in seven battlesHe also took part in WWl and WWll.