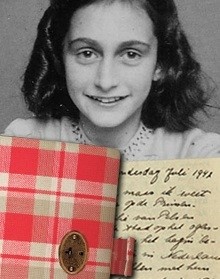 Anne Frank was known because of her world famous diary.Anne had gotten her red and white checkered diary in 1942.She had written in her diary when her family were escaping from the Nazis.

Annelies Marie Frank was born June 12, 1929 and died in early 1945. Anne had lived in a secret Annex complex after she had escaped from Nazis. Anne's father, Otto Frank was the person who had taught Anne how to succeed.

Anne's father, Otto Frank was one of the most important to her because he taught her how to succeed and never give up. Anne's grandmother, Grammy Frank had told Anne when they go from the Nazis to be careful and to not get hurt. Anne's neighbors cat, Kitty was a cat who made Anne Frank more happy and less lonely.

Anne's grandmother had helped Anne get over most of her fears of the Nazis and Hitler. Grammy Fank had to stay behind when they left for the Annex.

Anne's father Otto Frank, was very helpful to Anne. Whenever Anne felt down Otto would help her get better. Otto would make her laugh and smile.

Anne Frank's kittens would always purr and make Anne happy on her free time. Anne would be happy and less lonely with her kittens.

First Anne Frank was born July 12, 1929 in Frankfurt, Germany. Then the Frank family moved from Germany to Holland in 1933. Next on June 12, 1942 Anne received her red and white checkered diary. Next on July 6, 1942 is when the Franks went into hiding. In the end during Late February/ March Anne died and Otto was told to publish her diary, in which he did.

When you read " Anne Frank : Hidden Hope" a life lesson you will learn is to never give up or to never back down. You shouldn't listen to the hate, you should stand up for yourself and never give up.

Anne Wrote in her diary and told herself to never give up.

This is Anne Frank after she had moved from Germany, to Holland.

Anne and her diary.

This picture shows Anne Frank with her Red- and white checkered diary.

This picture (below) represents Anne staying strong and brave and reminding you to do the same! 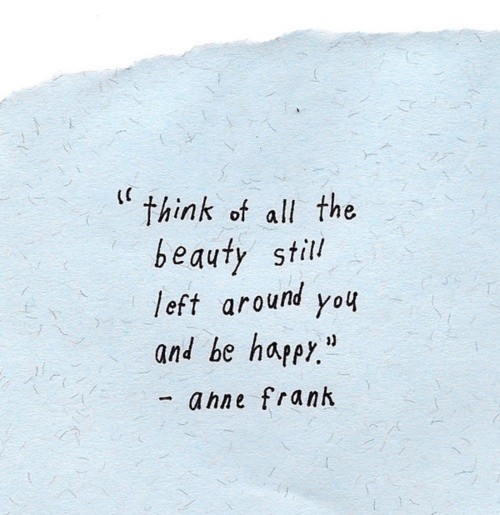 It is called "Anne Frank: Hidden Hope" because Anne Frank had to stay hidden and shadowed. The Frank family was close to being captured by Hitler and the Nazis. Anne's family had tried to keep quiet and hidden but failed months later. There family was found and had captured Anne, and her sister Margot. Anne and Margot had died of the typhus disease. Below is the picture describing the title. 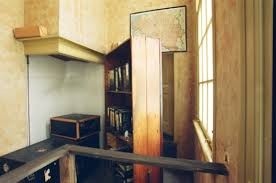 Follow Maddie Lamb
Contact Maddie Lamb
Embed code is for website/blog and not email. To embed your newsletter in a Mass Notification System, click HERE to see how or reach out to support@smore.com
close