Get email updates from Maria Montessori:

A Message from our counselor, Andrea Eggett

Maria Montessori Academy is a wonderful school with amazing students, a fantastic faculty and staff, and a caring and supportive administration. Unfortunately, we are not immune to the problems and struggles which affect people in our state and nation.

According to the 2013 Youth Risk Behavior Survey, during the past 12 months before the survey Utah high school students reported the following: 25.7% felt sad or hopeless, 15.5% seriously considered attempting suicide, 12.8% made a suicide plan, 7.3% attempted suicide one or more times and 2.1% of these students suffered an injury, poisoning, or an overdose that had to be treated by a doctor or nurse.

I don’t say this to alarm you or worry you, but to shine a light on a problem that is preventable. We are taking active steps to help every student feel safe, confident, and valued as part of our community.

We have started a HOPE Squad here at MMA this year in order to promote positive school culture and to give students a place to go or someone to talk to if they are struggling.

What to Say and Do

Be aware of depression and its symptoms in adolescent children. Depression often does not go away on its own and is linked to risk of suicide when it lasts for periods of two weeks or more. Talk with individuals who have knowledge of depression in children to further understand the symptoms and how to intervene.

Adolescents have many stressors in their lives and sometimes consider suicide as an escape from their worries or feelings. Be aware of your adolescent’s stressors and talk with him or her about them. Let your child know you care and emphasize that “suicide is not an option; help is always available.” Suicide is a permanent choice.

Be attentive to risk factors in an adolescent’s life, as suicide is not always planned at younger ages. Recognizing the warning signs that might be leading to suicide is important.

Encourage adolescents to talk about and express their feelings. Provide a listening ear and be a support so they can visit with you about how they feel. Adolescents deal much better with tough circumstances when they have at least one person who believes in them.

Construction Update: Look at Us Grow! 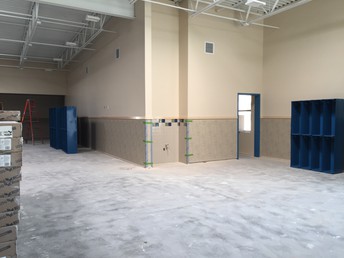 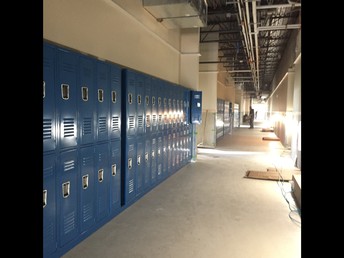 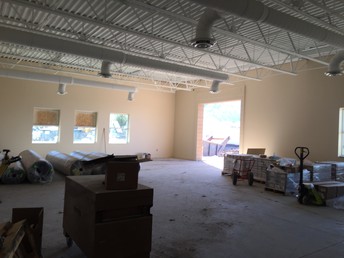 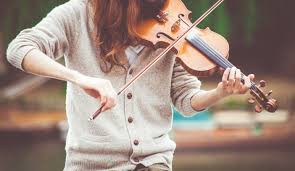 Orchestra classes are available to Upper Elementary and Junior High students for next school year. Lower Elementary students will be accepted if they are in private lessons and upon approval from Ms. Clarissa. More Information coming soon!

You are invited to attend a free handwriting training provided by our occupational therapist. This training will provide ways to improve your child's handwriting skills this summer. Join us on May 10th in the MMA Library from 4:30 until 6:30 pm. Sign up here 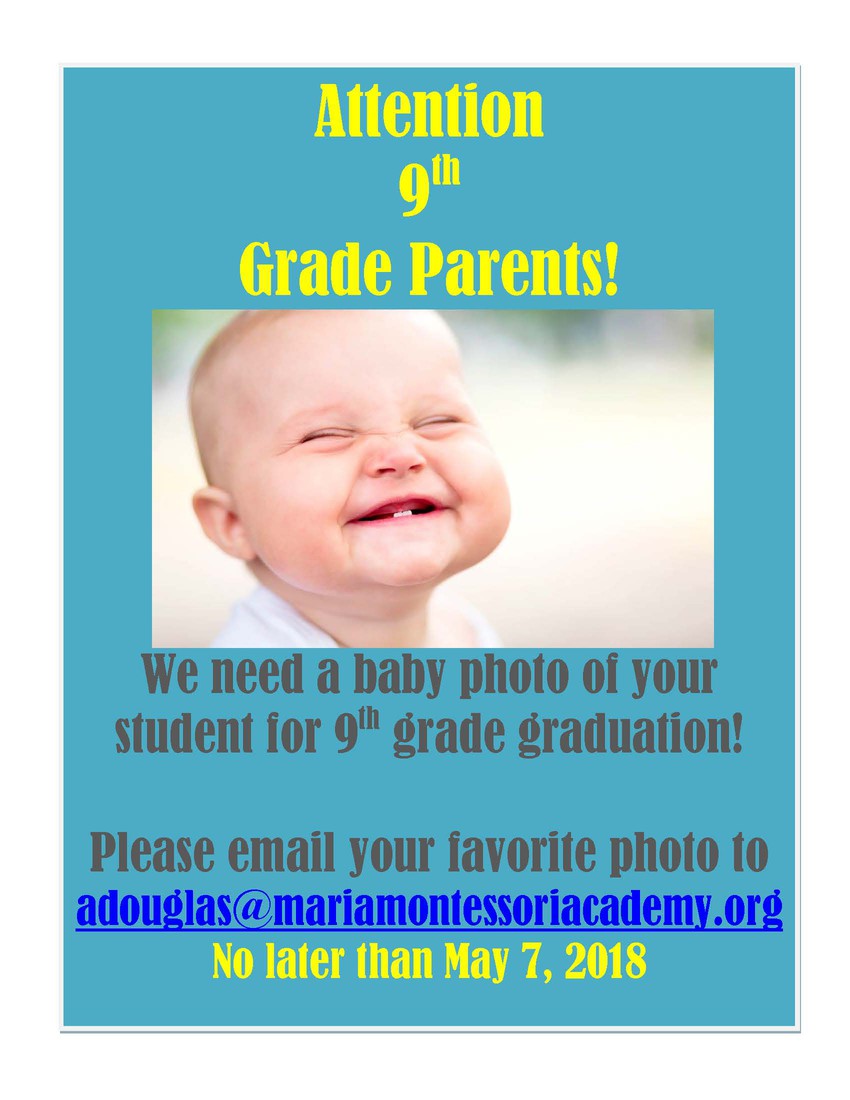 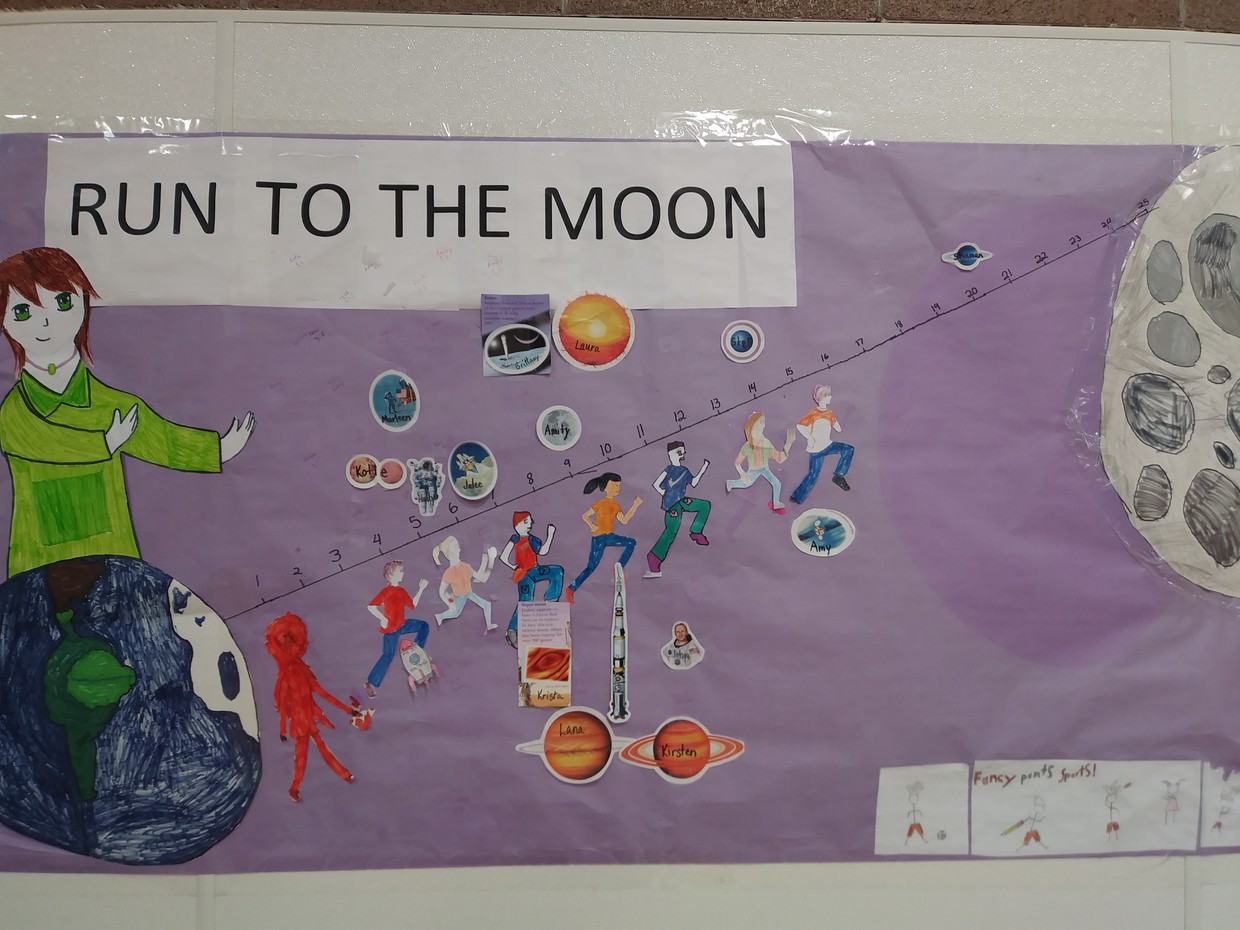 Just a few weeks left to Run to the Moon

Only three weeks left for our “Run to the Moon” goal. Send a signed note to PE for any final running miles your student completes. Let’s help our students be stars.

We open our front doors to students at 8:15 am every morning. Class begins promptly at 8:30 am. If your child is entering the building after 8:30 am, please escort your child into the building to sign them in. If they are not signed in, they may get marked absent by their teacher.

We wish to stress the importance of our students arriving on time. We strongly encourage parents drop their children off to start their school day no later than 8:25 am. This will give students enough time to stop at their lockers to change their shoes, put away backpacks and lunch boxes, and walk into class ready to start their day.

We appreciate your help in ensuring our classes start on time and without interruption. If you have any questions regarding your child's attendance, please contact the front office at 801.827.0150.

Do you know anyone who would be interested in sending their children to Maria Montessori Academy? The Montessori method is the most widely and longest practiced form of education in the World. There are more than 22,000 schools in 110 countries worldwide. Current brain and educational research supports many of the practices perfected by Montessori teachers over the last 110 years.

Enrollment for the 2018-2019 school year is open! Don't wait any longer to educate your child for a better world! Enroll now.

We must be the change we wish to see.

You can learn more by visiting our website or call and schedule a tour to see this incredible method in action.

Your opinion is important to us!

Please take a moment and rate us on our official Facebook page and on google.

Did you know that donating items counts towards your hours? Have you ever donated a book from the book fair? Or provided items to your child's classroom for snack or a class party?

Also anything donated for the Gala, gratitude feast, teacher appreciation dinners or the fall festival. 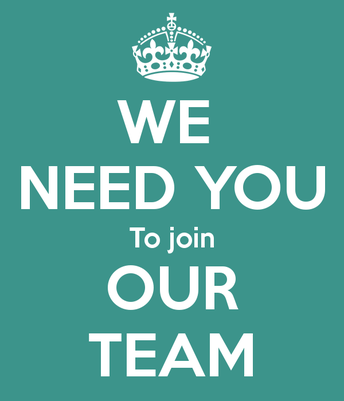 MAPA Is looking for Committee Chairs for the 2018-2019 school year. Please contact heidibradley81@gmail.com if you or someone you know would be interested.

MAPA is our school's parent organization. Because of MAPA, we do not have to rely on monthly fundraisers- like wrapping paper and chocolates. School-wide functions like Skate Night, Fall Festival, Gratitude Feast, Field Day and the Gala all happen because of MAPA. We do not want to lose out on these events. 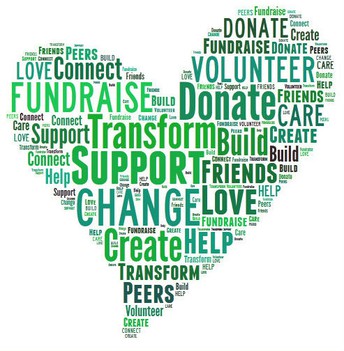 
We are in need of a Chair and Co-chair to organize our fundraising for the 2018-2019 school year. Committee members are also welcome! Funds raised will go towards all grade levels. We have streamlined things quite a bit so that there are only 4 major fundraising events throughout the year, instead of one per month. We have had an incredible community response in donations to these events. The skeleton is in place- we just need parents to take it and run! If you are interested, please contact Ms. Rene at rbaker@mariamontessoriacademy.org .

We would like to meet with volunteers as soon as possible so that dates can be set and assignments can be given to give the committee a head start for next year. If you have questions, please contact Jenna Beers at 801-695-5864. 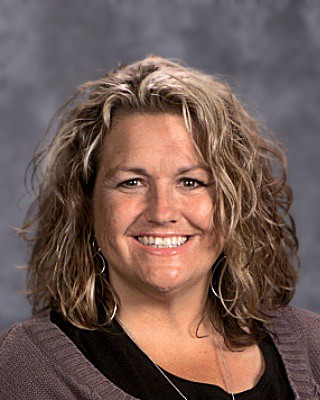 How long have you been at MMA? I’ve been with MMA since it opened in August 2010. I began as a teaching assistant, then moved to special education, and then joined the office staff. I started in the office as the IT specialist, and for the last three years I have been the office manager.

What is your favorite thing about MMA? Our students.

What is your favorite food? Cheese, anything with cheese…

What is your favorite color? Red, it’s bright and vibrant.

What is your favorite movie? 1967’s Guess Who’s Coming to Dinner, Inception, and Intersteller.

What is something people would be surprised to know about you? I love traveling. I’ve been to Europe and have been on 11 cruises. Snorkeling is my favorite leisure activity.

May 10 - Handwriting workshop for parents