beelenzuchii_12 is using Smore newsletters to spread the word online.

Get email updates from beelenzuchii_12: 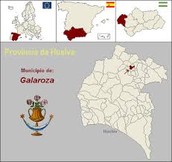 Galaroza is a village located in the Sierra de Aracena (Huelva, Andalusia) with about 1600 people.

The legend tells of the loss in forest Berber prince Ysmail in which it was entered, looking for a woman he was delighted.
These lands were occupied by Muslims between the eighth and twelfth centuries.
in 1553, Galaroza had villages Fuenteheridos, Las Vegas, and Las Cañadas Brullo Court, other than the current: Navahermosa and Las Chinas. 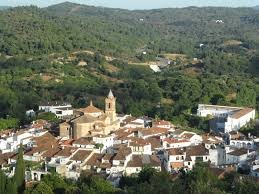 Source of the twelve pipes

It's in the center of Galaroza. It is a civil work built in 1889 and was financed by the contribution of the people, its construction resembles a drop of water seen from a distance or from above.

Located on top of a hill overlooking the town, magnificent view of the valley also Múrtigas in the foreground and a large bow saws.

It is a riding school where all the weekends to the various peoples of the region are made riding routes.

Is celebrated every September 6. Water can pick from different sources that are distributed throughout the whole people.
Los Jarritos 2011 Parte 1ª
MORE INFORMATION IN
Pasodoble de Galaroza (Incorporados Substitulos) NOVEDAD

beelenzuchii_12 is using Smore newsletters to spread the word online.