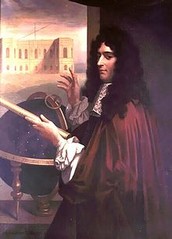 General facts about this person such as dates of birth and death, country of origin, education, family, where he or she worked or taught, etc.

Cassini wasn't really opposed in his works, however he opposed Issac Newton's theory of universal gravitation. The reason for this was that he conducted an experiment that incorrectly suggested that Earth was elongated at its poles.

Not much has been quoted concerning anything to do with Cassini. However there is a possibility he is the author of this quote, "A painting? You call that a painting? I could beat that with one hand tied behind me."