bryan is using Smore newsletters to spread the word online.

Get email updates from bryan:

president roosevelt to the congress

president roosevelt to the congress 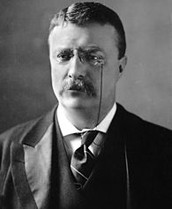 this letter was written by president Roosevelt, my basic understanding of the article was, Roosevelt telling congress what was needed in order to have a safe county. the letter was written January 4th, 1939 to congress. I im 99.9% sure this source is 100% genuine and true.

what role/event did this speach play

well this might be a long shot but I think strong speeches like this keep the moral of Americans up. I think reminding Americans what we are about and are beliefs is the best thing you as a leader can do in a time of crises. since this would have been at the beginning of the war in 1939, I fill like the is Roosevelt preparing for the unknown. 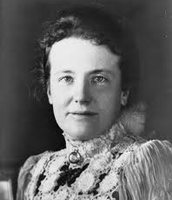 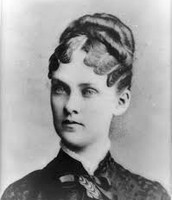 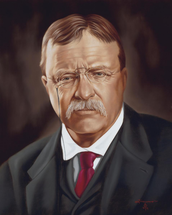 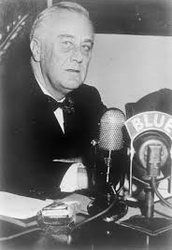 Address Delivered by President Roosevelt to the Congress, January 4, 1939, [Extract]

In reporting on the state of the Nation, I have felt it necessary on previous occasions to advise the Congress of disturbance abroad and of the need of putting our own house in order in the face of storm signals from across the seas. As this Seventy-sixth Congress open. there is need for further warning.

A war which threatened to envelop the world in dames has been averted, but it has become increasingly clear that peace is not assured.

Storms from abroad directly challenge three institutions indispensable to Americans, now as always. The first is religion. It is the source of the other two-democracy and international good faith.

Religion, by teaching man his relationship to God, gives the individual a sense of his own dignity and teaches him to respect himself by respecting his neighbors.

Democracy, the practice of self-government, is a covenant among free men to respect the rights and liberties of their fellows.

International good faith, a sister of democracy, springs from the will of civilized nations of men to respect the rights and liberties of other nations of men.

In a modern civilization, all three-religion, democracy, and international good faith-complement each other.

Where freedom of religion has been attacked, the attack has come from sources opposed to democracy. Where democracy has been overthrown, the spirit of free worship has disappeared. And where religion and democracy have vanished, good faith and reason in international affairs have given way to strident ambition and brute force.

An ordering of society which relegates religion, democracy, and good faith among nations to the background can find no place within it for the ideals of the Prince of Peace. The United States rejects such an ordering and retains its ancient faith.

There comes a time in the affairs of men when they must prepare to defend not their homes alone but the tenets of faith and humanity on which their churches, their governments, and their very civilization are founded. The defense of religion, of democracy, and of good faith among nations is all the same fight. To save one we must now make up our minds to save all.

We know what might happen to us of the United States if the new philosophies of force were to encompass the other continents and invade our own. We, no more than other nations, can afford to be surrounded by the enemies of our faith and our humanity. Fortunate it is, therefore, that in this Western Hemisphere we have, under a common ideal of democratic government, a rich diversity of resources and of peoples functioning together in mutual respect and peace.

That hemisphere, that peace, and that ideal we propose to do our share in protecting against storms from any quarter. Our people and our resources are pledged to secure that protection. From that determination no American flinches.

This by no means implies that the American Republics disassociate themselves from the nations of other continents-it does not mean the Americas against the rest of the world. We as one of the Republics reiterate our willingness to help the cause of world peace. We stand on our historic offer to take counsel with all other nations of the world to the end that aggression among them be terminated, that the race of armaments cease and that commerce be renewed.
But the world has grown so small and weapons of attack so swift that no nation can be safe in its will to peace so long as any other single powerful nation refuses to settle its grievances at the council table.

For if any government bristling with implements of war insists on policies of force, weapons of defense give the only safety.

We have learned that effective timing of defense, and the distant points from which attacks may be launched are completely different from what they were 20 years ago.

We have learned that survival cannot be guaranteed by arming after the attack begins-for there is new range and speed to offense.

We have learned that long before any overt military act, aggression begins with preliminaries of propaganda, subsidized penetration, the loosening of ties of good will, the stirring of prejudice, and the incitement to disunion.

We have learned that God-fearing democracies of the world which observe the sanctity of treaties and good faith in their dealings with other nations cannot safely be indifferent to international lawlessness anywhere. They cannot forever let pass, without effective protest, acts of aggression against sister nations-acts which automatically undermine all of us.

Obviously they must proceed along practical, peaceful lines. But the mere fact that we rightly decline to intervene with arms to prevent acts of aggression does not mean that we must act as if there were no aggression at all. Words may be futile, but war is not the only means of commanding a decent respect for the opinions of mankind. There are many methods short of war, but stronger and more effective than mere words, of bringing home to aggressor governments the aggregate sentiments of our own people.

At the very least, we can and should avoid any action, or any lack of action, which will encourage, assist, or build up an aggressor. We have learned that when we deliberately try to legislate neutrality, our neutrality laws may operate unevenly and unfairly-may actually give aid to an aggressor and deny it to the victim. The instinct of self-preservation should warn us that we ought not to let that happen any more.

And we have learned something else-the old, old lesson that probability of attack is mightily decreased by the assurance of an ever ready defense. Since 1931 world events of thunderous import have moved with lightning speed. During these 8 years many of our people clung to the hope that the innate decency of mankind would protect the unprepared who showed their innate trust in mankind. Today we are all wiser-and sadder.

Under modern conditions what we mean by "adequate defense"-a policy subscribed to by all-must be divided into three elements. First we must have armed forces and defenses strong enough to ward off sudden attack against strategic positions and key facilities essential to ensure sustained resistance and ultimate victory. Secondly, we must have the organization and location of those key facilities so that they may be immediately utilized and rapidly expanded to meet all needs without danger of serious interruption by enemy attack.

In the course of a few days I shall send you a special message making recommendations for those two essentials of defense against danger which we cannot safely assume will not come.

If these first two essentials are reasonably provided for, we must be able confidently to invoke the third element, the underlying strength of citizenship-the self-confidence, the ability, the imagination, and the devotion that give the staying power to see things through.

A strong and united nation may be destroyed if it is unprepared against sudden attack. But even a nation well armed and well organized from a strictly military standpoint, may, after a period of time, meet defeat if it is unnerved by self-distrust, endangered by class prejudice, by dissension between capital and labor, by false economy, and by other unsolved social problems at home.

In meeting the troubles of the world we must meet them as one people-with a unity born of the fact that for generations those who have come to our shores, representing many kindreds and tongues, have been welded by common opportunity into a united patriotism. If another form of government can present a united front in its attack on a democracy, the attack must be met by a united democracy. Such a democracy can and must exist in the United States.

A dictatorship may command the full strength of a regimented nation. But the united strength of a democratic nation can be mustered only when its people, educated by modern standards to know what is going on and where they are going, have conviction that they are receiving as large a share of opportunity for development, as large a share of material success and of human dignity, as they have a right to receive.

Our Nation's program of social and economic reform is therefore a part of defense as basic as armaments themselves.

bryan is using Smore newsletters to spread the word online.