In Tarrant County, 6,700 people were homeless last year. Of that 1,541 were children. On a larger scale, children make up 39% of the world's homeless population. Some of the reasons for this is that parents might have mental illness, abuse their children, have substance abuse problems, or have financial insecurity. Many times children were in foster care and ran away and ended up on the streets. On some occasions, parents can't take care of their children, and often times get evicted from their house and end up living on the streets. We can make a change, and help the 53,000 children in the country living on the streets each year. Donate to your local homeless shelter and make a difference. #helpthehomeless2k16

More than 6700 people experienced homelessness in Tarrant County this year. How do they end up homeless? Surprisingly, it usually isn't that they are lazy or don't want to work, homeless people usually have either a mental illness, an injury, sickness, or don't have a family to support them. Another cause is financial struggles. A lot of homeless people are actually very hardworking and have paying jobs. Most of them just don't get enough income so they can't pay for essential needs or a place to live.

Unemployment is one of the many, many,many things that cause homelessness. Let's start with an example, there is this one person that is already in a bad or uncomfortable situation, and he/she wants to get a job at a place and he does have a high school diploma. Very often people without a high school diploma don't get jobs, so that is why we are trying to spread awareness to help get food,water,etc...

So if you want to help you can tell the homelessness where shelters and food pantries are. You can also volunteer at your local homeless shelters and your local food banks. 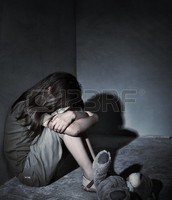 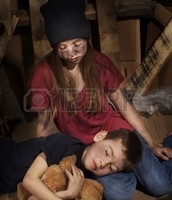 Homelessness in our lives

My name is Gavin, and I am a student in the North Texas area. My mother teaches there, and she had some students in her class one year. It was their first time going to school. They lived in a trailer park and had no running water, so every other day they went to their neighbor and washed themselves. These kids were not very educated, but they did know how to read. During the year, some kids bullied them. My mother and her teammate teachers really kind of prohibited that. One girl in my mom's class took one student to the Stockyards in Fort Worth, regardless of all the accusations she received. They were a blessing, and I wish the best for them.
IMG 0158