Riggin is using Smore newsletters to spread the word online.

Get email updates from Riggin: 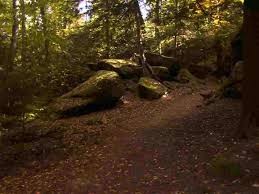 The Erie Canal was 308 miles long. It was built in 1825 at a cost of $10 millions dollars. The route totalled a distance of 308 miles and crossed across 13 counties. The route proceeded south along the Cuyahoga River, over the Portage Summit to the Tuscarawas, west to the Licking, then to the Scioto at Columbus , and finally south to the Ohio River town of Portsmouth.
A Day In Cuyahoga Valley National Park

Why was the Erie Canal built?

The Erie Canal was built so that goods could be transported more easily over the Appalachian Mountains. It took over a month to transport goods like corn. It was so expensive that it hardly made the trip worth it. They then decided that they would start focusing on building a better means of transportation.

Riggin is using Smore newsletters to spread the word online.