The competition robotics season struggled to continue on this year with so many schools and districts unable to provide opportunities for students to build robots safely. Constraints related to sharing equipment and social distancing were necessary to keep our students safe this year and many students worked completely from home as distance learners. However, TUSD Robotics shifted to the new learning environment and we had a remarkably successful virtual robotics season.

Although many of our TUSD Robotics teams did not compete officially with the REC (Robotics Education and Competition) Foundation, we created our own competition season in the Tustin Unified School District consisting of three phases.

Phase 1- The focus was diving deep into the engineering design process and notebook documentation while designing robots to play the official game of the season as well as learning to code virtual robots using VEXcode VR.

Phase 3- Officially registered REC teams competed in live remote tournaments from their school site against others in the state of California. Only Beckman High School, Foothill High School, and Orchard Hills Middle School robotics teams were officially registered this year and found a way around the constraints through methods such as sending robot parts home and built physical robots safely. All 7 of the Beckman High School Robopatties teams qualified for the CA State Championship and competed in a live remote tournament.

TUSD Robotics hosted a variety of online challenges for both Phase 1 and Phase 2 with almost 150 entries submitted into the virtual competition by teams and individuals. The award winners are highlighted below.

Congratulations to all of the TUSD Robotics participants for continuing your learning journey in engineering and coding. We are so proud of your perseverance and impressed by your dedication to the world of robotics. 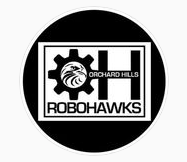 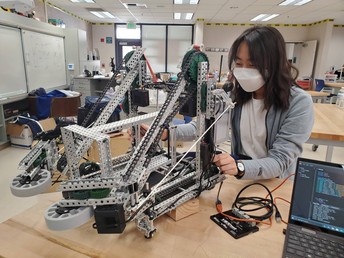 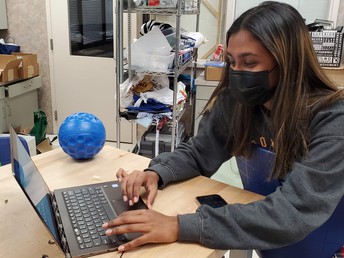 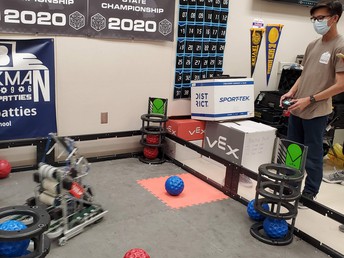 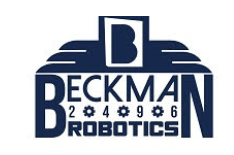 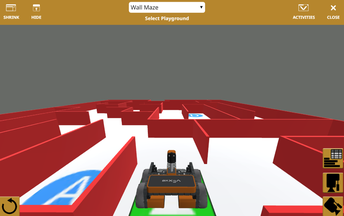 TUSD Robotics innovated our program this year in order to continue to learn and compete in virtual spaces. Students learned how to code virtual robots using a new application called VEXcode VR. This program allowed students to select different “playgrounds” or game fields to draw on with a pen integrated into the virtual robot, navigate mazes using sensors, or move game objects around the field using electromagnets. After spending several weeks learning how to code, each school site held a competition to select 6 students to send to the quarter-finals. After a five-week bracket system, students from multiple schools competed against each other to determine who could be the first to complete coding challenges while being broadcast on YouTube Live. The students impressed the viewers with remarkable speed and precision while being cheered on by their peers and parents via the live stream. Congratulations to all of the finalists! 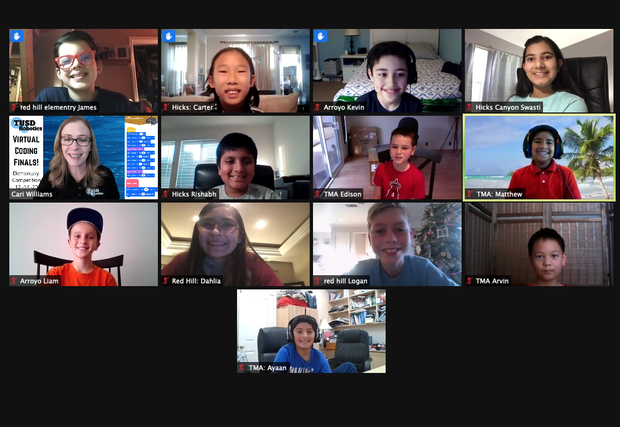 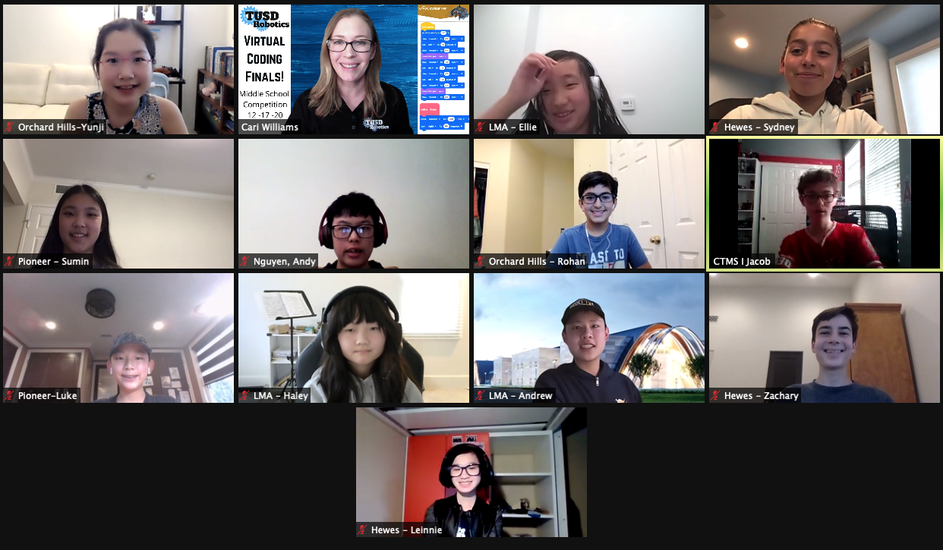 Shout Out to Our Coaches!

Although not all coaches decided to participate this year, the following teachers went above and beyond and coached through both Phase 1 and Phase 2 running August through the end of March. Not only were they re-designing their classroom lessons to accommodate both in-person and distance learners, but they dedicated time after school to keep their robotics programs moving forward. Thank you so much for your dedication and we are extremely impressed by your perseverance! 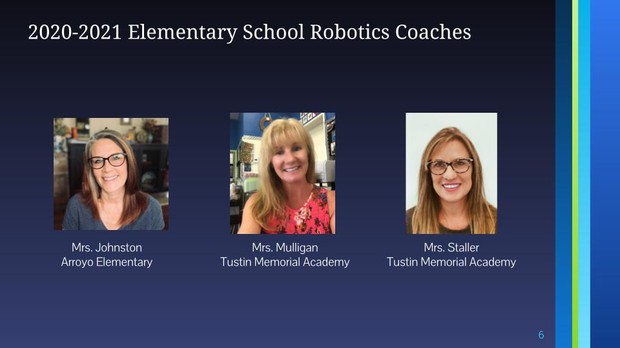 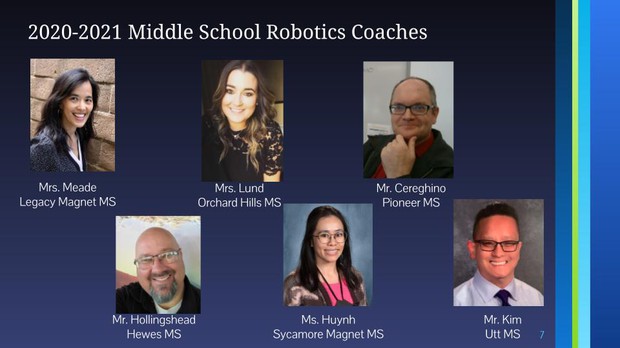 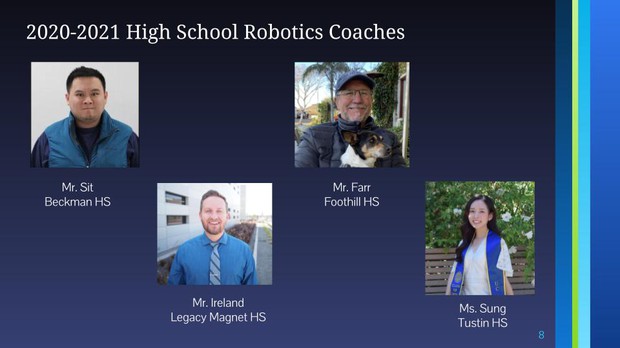 In the midst of a pandemic, TUSD Robotics continued to grow our funds of knowledge, grew in size, created more learning resources via the TUSD Robotics YouTube Channel, and continued to serve our amazing students. Below are some of our accomplishments during this unprecedented school year. 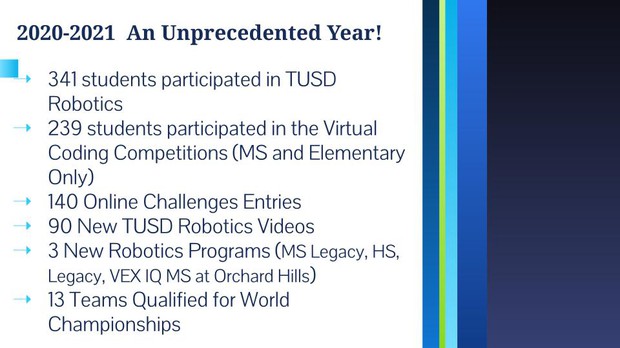 Thank you to the Tustin Public Schools Foundation for supporting TUSD Robotics once again. Next season, we will return to hosting tournaments and fundraising to bring robotics back to all schools in the Tustin Unified School District.

We are also proud to be hosting in-person robotics classes again this summer during the 2021 TPSF Summer Academy.

See you all next season!