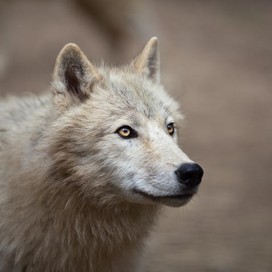 Chief Howling Wind was a Native American. Natives ancestors discovered and made home on North America. They were there before Christopher Columbus or any other Europeans. Natives migrated from Asia to North America because they crossed the Beringia bridge. Away we know that the Natives migrated in North America first is the mounds that they built. They had there dead in some and now we can see the bones and can tell about how long ago they have died. We can even find out about how they died by studying the wounds. They had more things left behind like jewelry/shells, tools, and nut shells. The Europeans did leave things here in America but not as much Natives items. That's why I think Chief Howling Wind/Native American's deserve credit for colonizing and being the first people to discover America.

Christopher Columbus Does Not

Columbus did not colonized before the Natives. Columbus came to the new land to find gold and new land. Queen Isabella and King Ferdinand funded his trip to find gold and land. Columbus came to this island called Hayti (today its called Hispaniola) looking for what he needed. But people lived on that island, Natives lived. Those Natives were called Tainos. Columbus told, with motions and gestures, the Natives that he wanted gold. But the Tainos said in there language, "We have no gold. There is no gold here". That really made Columbus mad. Columbus came back to Hayti but this time with 17 boats that were filled with men. He took over 500 Tainos back to Europe to be slaves and more after that. When the Natives could not find gold or wouldn't, he would cut off there hands and just let them to bleed to death. After two years of that, half of the Tainos population was gone. Thats why I don't think that Columbus should be recognized for finding America when the Natives, like the Tainos, were living there first. That's why I think Columbus doesn't deserve credit.

Brendan The Bold Does Not

Brendan The Bold doesn't deserve credit for discovering America is because he was later than any of the other explorers. He was looking for paradise for him and his people. He started his exploring in the year of 545 C.E. But stopped in the year of 551 C.E. He came with a big crew of his from Ireland (couple of there places) and shipped off to find "new" land. He came with large boats filled with his men to find paradise. He did find America, but he wasn't the first. That's why I think he doesn't deserve credit.

Leif Ericsson Does Not

Leif Ericsson doesn't because he got all of his details from Bjarni Herjulfsson. Bjarni gave him maps and his ships to go find the "new" land. He was tired of his home land and wanted a new one to recolonize. Once he got there, with Bjarni's help, he explored the land. People from now-a-days say he is the true explorer because he left Bjarni's maps and some of his items had brought behind. They think its evidence to show he was the first explorer. But I don't because its not any of his maps he made to get there. Some other explorers were there before him too. That's why I don't think Leif Ericsson deserves credit for "finding" America.

Bjarni Herjulfsson Does Not

Bjarni Herjulfsson does not deserve credit because he never got out of his boat. He was actually looking for his father in different countries but he got blown off course about 200 miles when he was sailing. Which lead him to America. But when he saw the land, he made maps on how he got to this land. He never got out of his boat though. He never explored the land. He could have gotten more credit if he did go on the land but he stayed in his boat. His trip there and back, he would spend winters in different countries and get things to stock on his trip. When he returned to home, Ireland, he met Leif Ericsson. He gave all of his notes and maps to Leif to go find the land and explore it himself. With that, it lead Leif to the "new" land. That's why I think he doesn't deserve credit for "discovering" America.

Follow Alexis JaDoul
Contact Alexis JaDoul
Embed code is for website/blog and not email. To embed your newsletter in a Mass Notification System, click HERE to see how or reach out to support@smore.com
close