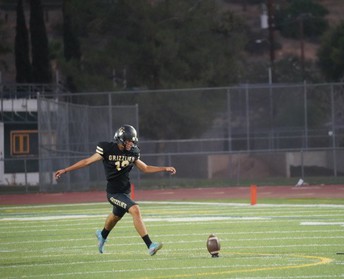 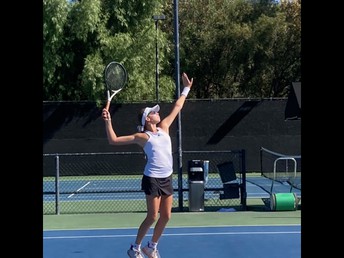 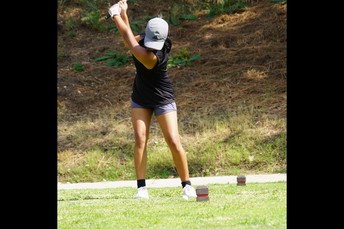 The football regular season came to a close this past Friday with the Grizzlies losing to Saugus 31-13. The Grizzlies finished the season with a 6-4 overall record and were 3-3 in league. They finished in a 3 way tie for 3rd place in league but lost the coin flip to Hart who earned the automatic playoff spot. The Grizzlies did make the playoffs as an at large team in Division 7 and will host Summit of Fontana this Friday night at Canyon High School.

Girls golf season came to a satisfying yet disappointing end. The season was satisfying because there was a lot of progress and improvement in scores from the previous seasons, however the Lady Grizzlies came up just short in their bid for a playoff spot finishing in 5th place. The standing may show a 5th place finish but it was close. They Ladies finished 5 strokes out of 4th place and 17 strokes out of 3rd place. That’s not a lot when you consider how many holes of golf each person played. Hopefully next year the ball bounces their way.

The tennis team competed in league finals at The Paseo Club. Charly Saltz finished in 3rd place overall in league. She does not advance to the CIF playoffs, however she is the first alternate in case one of the top two finishers can't make it. Congratulations to Charly on a great season.

Girls Volleyball is also completed with a similar result as in years past. The Lady Grizzlies competed valiantly each match, however their efforts were not rewarded as they finished just ahead of winless Castaic in the Foothill League. The ladies left everything on the court and we applaud their efforts.

The Cross Country team competed in league finals as well and had Jack Eaton advance to CIF Prelims. Lily Rahman and Makaiya Cortinas earn an all league 2nd team by finishing 11th and 12th respectively. 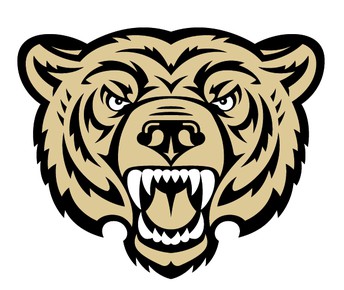 Follow Morgan Veloz
Contact Morgan Veloz
Embed code is for website/blog and not email. To embed your newsletter in a Mass Notification System, click HERE to see how or reach out to support@smore.com
close