giscar is using Smore newsletters to spread the word online.

Get email updates from giscar:

One of Helen's symbols is the Golden Apple of Discord. The story behind this apple is that Paris had to award the golden apple to the fairest goddess, Hera, Athena, or Aphrodite. He chose Aphrodite after she promised him that she would award him with the most beautiful woman on Earth, Helen. 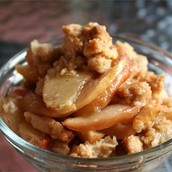 giscar is using Smore newsletters to spread the word online.