Many yellow jackets are ground nesters. Their colonies can be found under porches or steps, in sidewalk cracks, around railroad ties or at the base of trees. Sometimes the queen uses a wall void of a building as a nesting place. Some yellow jackets build aerial nests in bushes or low-hanging branches or in the corners of buildings and other man made structures. 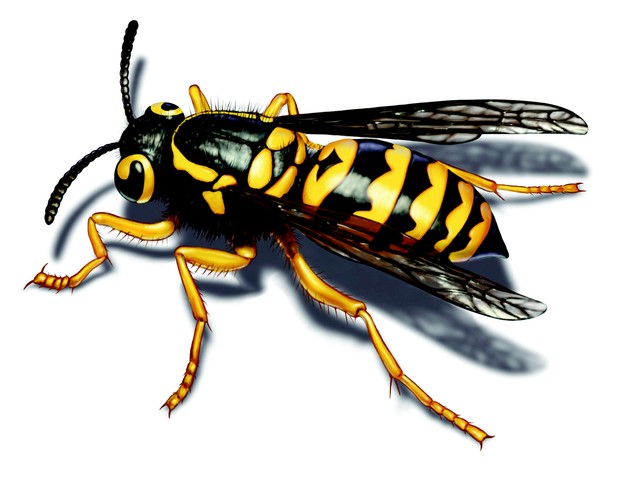 A queen yellow jacket starts a new nest by building a small paper nest in which she lays the first batch of eggs. After hatching, these eggs are fed by the queen until they are ready to pupate and mature into adult yellow jackets. Adults live through one season and feed on caterpillars, grubs and other insects. They also enjoy nectar and sweet substances such as fruit and tree sap. Yellow jackets are attracted to garbage and other human foods, particularly meats and sweets.

Yellow jackets are pollinators and may also be considered beneficial because they eat beetle grubs, flies and other harmful pests. However, they are also known scavengers who eat meat, fish and sugary substances, making them a nuisance near trash receptacles and picnics.