Scottie Pippen is well known for playingbasketball in high school,collage,and the NBA. 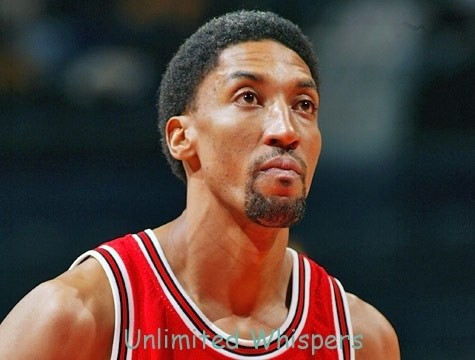 1.Before Scottie was in the NBA he went to the university of Arkansas,where he found out that he wanted to be a professional basketball player.1.Michael Jordan helped Scottie be successful by leading the Chicago Bulls to victory many times in Scottie's career.

2.Scotties defense and offensive skills led the Bulls when more challenging teams/players stepped up at the time.

3.Michael Jordan helped Scottie be successful by leading the Chicago Bulls to victory many times in Scottie's career.

At a time Scottie's defense/offense skills led the Bulls. Without them the Bulls would have a rough time.Only because the teams there were playing against like the LA Lakers who had Magic Jonson,and Kareem Abdul-jabbar,were good teams.

Playing with Michael Jordan made Schottie a better player then he was before.Scottie and Michael were the two best players on the Bull.Without them the Bull would not have a successful years.

The life lesson I learned from this book is that you can change your life goals at any time in your life.
Scottie Pippen

Follow Joe Fuhrmann
Contact Joe Fuhrmann
Embed code is for website/blog and not email. To embed your newsletter in a Mass Notification System, click HERE to see how or reach out to support@smore.com
close