Benedict Arnold was born January 14, 1741 in Norwich Connecticut. His mother was Hannah Waterman King, who was a wealthy widow until she married the elder Arnold. The family money was abundant for a while, until bad business deals caused issues. Because of the money downfall, Arnold was withdrawn from his school in Canterbury. Because of the lack of school regime and very relaxed parental control, Arnold was always in trouble. His cousins Daniel and Joshua Lathrop took him in as an apprentice to their apothecary business. During his time in the business, he would leave to join the army for periods of time during the French and Indian War.

Arnold married Margeret Mansfield in 1767, and together they had 3 sons. After the outbreak of war, he became a Captain in the Governor's Second Company of Guards. During the Battles of Lexington and Concord, Arnold went into the action with his troop.

Even though Arnold was an American soldier, he did not believe he got the recognition he thought he deserve, and made secret ties with the British. The Americans saw him as a traitor, or a spy.

In the beginning of the war, Arnold assisted in the capturing of the British garrison of Fort Ticonderoga in 1775. He also helped during a British invasion of New York at the Battle of Lake Champlain. In 1777, he was an important part in bringing about the surrender of British General John Burgoyne's army at Saratoga. He did not think he got the recognition he believed in deserve, so in 1779 he began secretly negotiating with the British, and agreed to turn over the U.S. post at West Point in exchange for money and a command in the British army. Even though his secret actions were discovered, he had escaped to British lines. His name has been synonymous with "traitor." 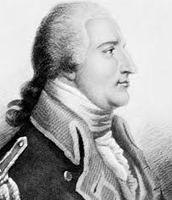 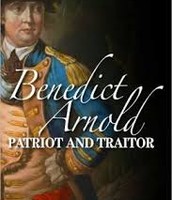 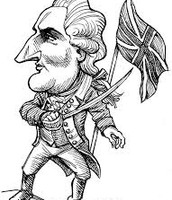