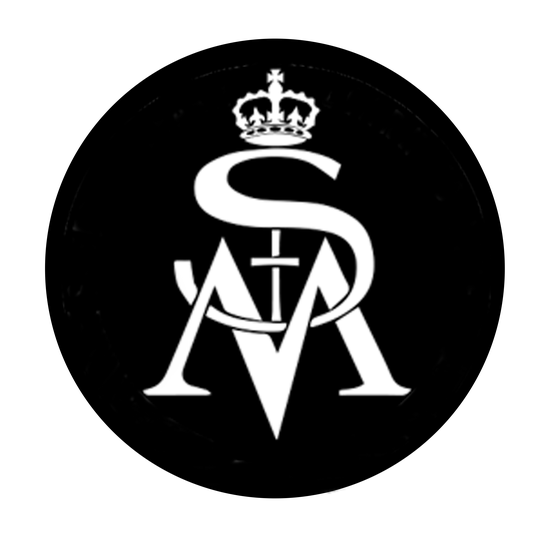 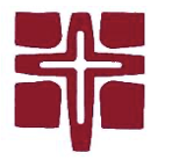 'When families bring children into the world, train them in faith and sound values, and teach them to contribute to society, they become a blessing in our world.' - Pope Francis

It's been a rather short week, especially if you managed to get a snow day in on Tuesday. Our staff will spend the next two days with our Professional Learning and Development providers Mary Wilson and Teresa Edwards who are coming all the way down from Auckland to see us. We have been working with Mary for a few years now around creating and delivering our school vision, going from being a great school to a 'school that delivers' ... and believe me, it's not sitting around drinking flash coffee, eating scones and telling ourselves what good sorts we are ... it's super intense, hard yakka... but with great results, wish us luck! 😊

Please remember, if you have something you'd like us to celebrate in the newsletter, send me through a picture and a wee blurb by Thursday 9am each week and I'll make sure it gets in - mallory.hood@stmarys.school.nz

Have a great long weekend with your families. 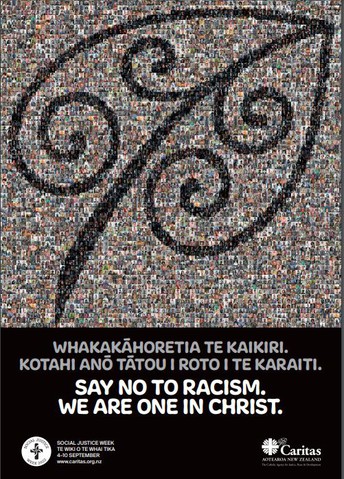 It's Social Justice Week - 'Say no to Racism, we are one in Christ'

Each year the Catholic Bishops of New Zealand set aside a week in September for Social Justice Week, inviting us to reflect and take action on a current social justice issue. This year Social Justice Week focuses on racism, the need to reject it and to uphold the human dignity of every person, recognising that we are called to be ‘one in Christ’. On Monday Room Moa whole school prayers were about this topic and they used this Parable that Jesus told to make their point ...

Once upon a time, a Jew was passing through a road carrying his goods with him, then suddenly some thieves came to him and they beat the Jew very much and looted all his belongings. That Jew was badly wounded. He was so injured that he could not even get up.

After some time a Jewish priest passed by him. He was a religious man who worshipped God. That priest should have helped the wounded Jew lying there. But he left from there. After this, the priest’s assistant passed from there, who was a Jew. He also did not help the injured person.

Then a Samaritan came who lived in Palestine. The Samaritans and Jews considered each other enemies. They had been enemies for many years as they had different beliefs. But still, that good Samaritan supported the wounded Jew.

The Samaritan took him to a place where he could be safe and helped him to heal.

The moral of the story - if you can be anything in this world, be kind (to everyone).

Congratulations to these beautiful kids who celebrated the sacrament of Holy Communion on Sunday. Your reading, singing and general reverence was something you should be proud of. Many of the staff and parish community commented on how impressed they were with your effort.

From our school vision: We are open to develop our own faith. We shine as role models with belief, willingness and supportiveness as we grow on our own faith journeys

Thank you to whānau who made the effort to ensure their kids were there to support their peers, as many of these kids have done for those who have gone before them and as they will do again at other Mass celebrations such as the end of the year to support our leaving year 6 students. Also a big thanks to Father Jaime for leading our celebration, Trina Argyle for the work she put into catering and decorating the very special morning tea our recipients recieved and of course to Paula Gray who has spent many a Sunday morning helping these kids prepare. 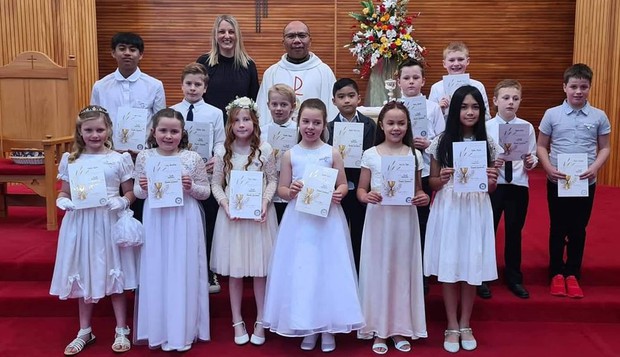 Dates to add to your calender

Next meeting is on Wednesday 14th of Sep at 7pm in the staffroom.

AGM Wednesday 28th September in the meeting room at Rustic at 7pm.

What a fantastic morning we had last Friday to celebrate all the special men in our lives. The turn out was overwhelming and there was a great vibe around the place. Well done also to all the kids who shared the writing they had been crafting over the week and also to those who helped to run our Liturgy. Thank you to all those who came along, we really hope you enjoyed yourselves and we hope you'll come back next year. 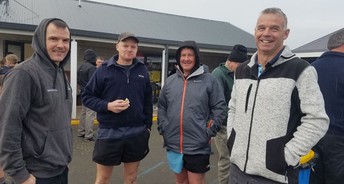 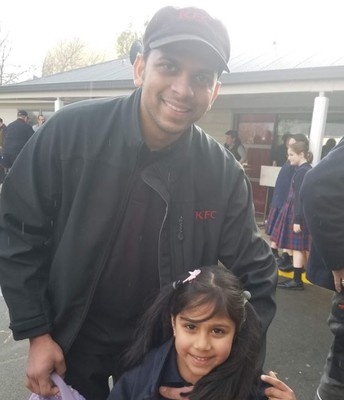 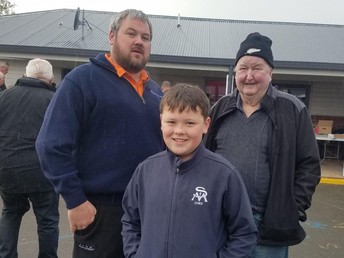 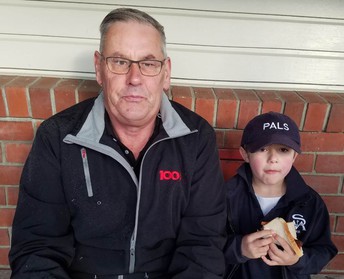 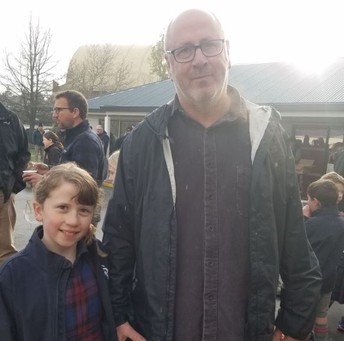 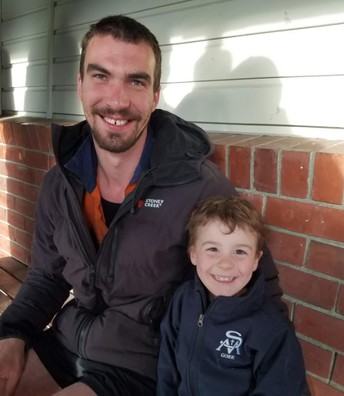 Here are some of our amazing St Mary’s kids who took part in the Kiwiskate exhibition on Sunday 4th Sept . Oliver Sittithravon, Sadie Brandish, Thea Kubala, Lucy Ryan and Ella Kubala. Oliver and Lucy are the experts in the group. They’ve been skating since last year. Sadie, Thea and Ella just started this term . They all did so well and looked great in their costumes! Oliver also won these awards for Most Improved Kiwiskater through Ice Sports Southland last week. I'd love to see you guys and girls in action on the ice! 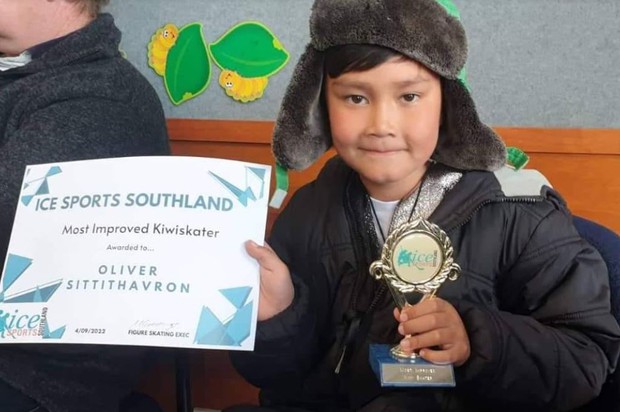 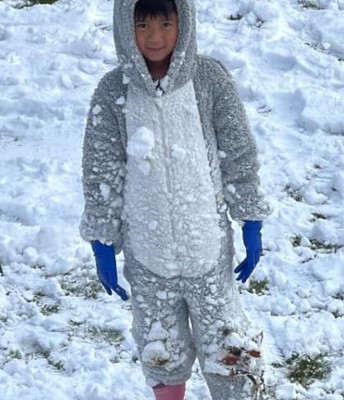 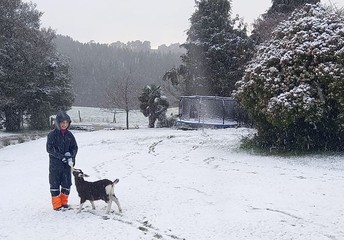 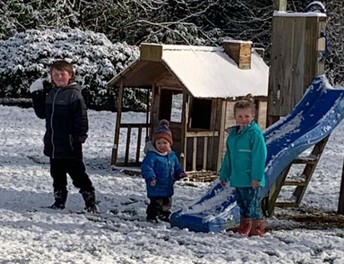 This term Class Masses begin. The Masses are at 2pm in the classroom that is responsible for Gospel and prayers that week

Thursday and Friday Teacher Only Days, no school (the ones that had to be abandoned last term!)

Monday and Tuesday Year 5 children at camp in Dunedin 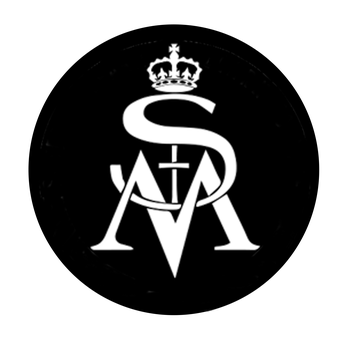 Follow St Mary's Gore
Contact St Mary's Gore
Embed code is for website/blog and not email. To embed your newsletter in a Mass Notification System, click HERE to see how or reach out to support@smore.com
close