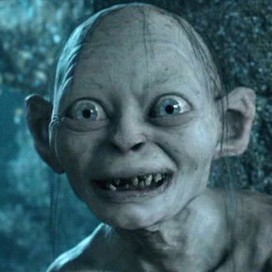 Bagginses.. THIEVES. They tooks the preciouss from us. Poor Sméagol, good Sméagol shows master the way to Mordor. Nasty hobbitses... My Preciouss.

Get email updates from Sméagol:

All about RAM & ROM, what they do and how they are used.

All about RAM & ROM, what they do and how they are used.

RAM (Random-Access Memory) and ROM (Read-Only Memory) are both computer storage mediums. As the name suggests, ROM data cannot be modified so is often used for storage of firmware (control programs) , which needs little updating. It is also used in publishing of software ( i.e. CD-ROM) where the content is copy-protected.

RAM, unlike ROM, is considered to be "volatile" (its stored information is lost if power is removed) and as such is used for temporarily storing data of operating programs when they are not saved, like a short term memory. When you save a file the computer saves it to a hard disk which is akin to a long term memory.

More about RAM and ROM

There are two main types of RAM; Static RAM (SRAM) and Dynamic RAM (DRAM). SRAM stores a binary digit in a flip-flop (a circuit with two stable states) whilst DRAM stores this in a transistor and capacitor pair, using a high and low charge to represent 0 and 1. They can both be rewritten so are volatile. ROM, on the other hand, stores its data in permanently enabled or disabled transistors so that the memory cannot be altered.

There are many types of ROM including EPROM, EEPROM, EAROM and PROM, which all allow for varying amounts of rewritability. A cross between RAM & ROM is Flash Memory which allows for data to persist without power yet still be rewritable.

Bagginses.. THIEVES. They tooks the preciouss from us. Poor Sméagol, good Sméagol shows master the way to Mordor. Nasty hobbitses... My Preciouss.