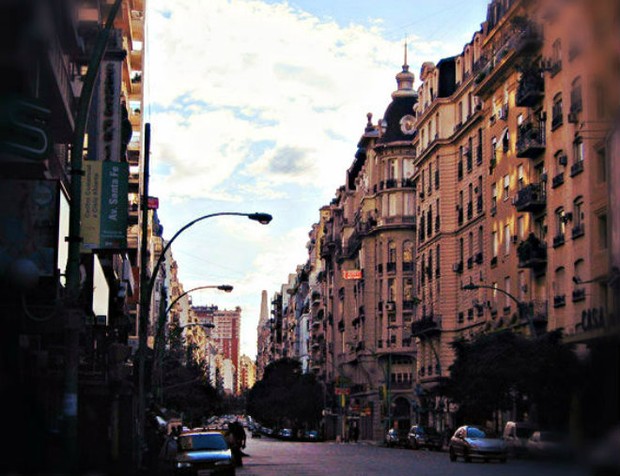 But, what do all these subsections have in common in order to be joined under one name? Well, the explanation takes us back to the days in which BS As was 10 times smaller... more than a hundred years ago Barrio Norte used to be the northern frontier, just a quiet suburb area surrounding the city center. However things radically changed at the turn of the century, when Barrio Norte caught porteños attention being chosen by the wealthy and traditional families -who had previously lived in the South of the city - to relocate their homes (while escaping from the yellow fever epidemic).

From those days, the early XX, many European residences still remain in the area, but nowadays they coexist with numerous apartments rose in the 60’s and 70's, a strong commercial district and a widely developed gastronomic and nightlife circuit. This diversity of options has led Barrio Norte to become one of the top five places to live in Buenos Aires.

Superb logistic certainly is its main feature. At any location in this neighborhood you would not have to walk more than two blocks to find anything you want. Supermarkets, cinemas, theaters, bars, cafes schools, libraries, health institutions and all kind of transportation facilities extremely easy to find around.

At the same time, the constant activity on its streets makes Barrio Norte a pretty safe place to walk around at all hours.

Considering the multiple universities set in this zone, most students coming from other provinces and countries rent their flats in the area.

For those choosing this area with leisure purposes, architectural sight seeing and shopping are the main attractions over here. A must see that combines both activities is the majestic bookshop "El Ateneo" Grand Splendid. Set on a former colossal theater, it offers a broad variety of books and music to purchase.

For those looking for green areas, despite there are several streets lined up with leafy trees, there is a little scarcity of parks or squares in Barrio Norte. However, it wont take more than a 10 min bus from here to reach any open space, either in Palermo, Recoleta, or Retiro.