yurel is using Smore newsletters to spread the word online.

Get email updates from yurel: 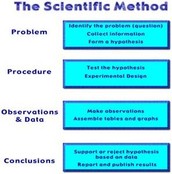 Importance of curiosity , honesty, openness , and skepticism in science (2.1)

Curiosity connects with learning in two important ways, it serves as a source of motivation meaning that people constantly keep asking questions. Curiosity is thought to be cultivated by particular kinds of environments. In science, the questions seek answers with significant practical import. Getting benefits of off science, depends on scientists experimenting and telling us the truth about what results they got and what they observed. Lack of openness and transparency means that problem solving is constrained to a few scientists who secretly work and typically fail to leverage the entire accumulation of scientific knowledge available.

The scientific method is a method used to form and solve problems. It tries to reduce bias and prejudice within the lab so that the information is valid anywhere. Depending on how you do it, there can be three to five steps in the method itself.

Hollywood depicts firearm victims being thrown through plate-glass windows which aren't true but, if it were to be the case, the shooter would also be thrown backwards with equal force. Gunshot victims frequently fall or collapse when shot; this is a result of the bullet pushing them over, but is primarily caused by physical damage or psychological effects, probably combined with being off-balance.

Explain how physics is used in accident reconstruction (5.5)

Newton's Laws govern how forces act on an object and influence its motion. The laws describe everything from a figure skater to a planetary collision. They allow police to determine how fast someone would have to be going when they slam on their brakes in order for skid marks to be a specific length.If the asphalt is full of gravel, the car skips and jump across the road; If it's smoother asphalt, the car slides easier. 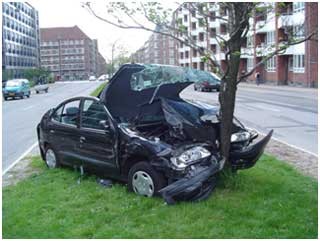 Investigate the various criminological theories relating to evidence at a crime scene (10.5)

Scientific methods in Criminal Justice help us understand social science research methods to evaluate and conduct research in studying crime and criminal justice problems. Various data collection techniques are used in criminological and criminal justice research. Fingerprint identification methods have been used by crime investigators to identify suspected criminals and victims of the crime. The weapons and things at crime scenes have chances of containing fingerprints of people at the crime scene. Since the fingerprint patterns are unique for every individual, they are matched to identify the criminal. DNA samples can be collected from body parts. Crime scenes are investigated to find the DNA samples for various purposes, in some cases it's to identify a dead body. Gunshot residue is composed of burnt and un-burnt particles from the explosives, and components from the bullet, the cartridge case and the firearms used. While investigating any crime occurrence, forensic experts apply gunshot residue kits to determine elements like composition of granules and patterns revealed by deformation of bullets. Bloodstain patterns are studied to find out what the impact object would have been used with to hit the victim. Angle as well as the direction the bullet would have trailed along the distance from the source towards the target.

yurel is using Smore newsletters to spread the word online.