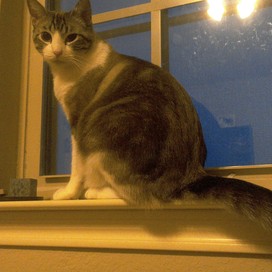 Everything You Need to Know About Lebanon

Everything You Need to Know About Lebanon 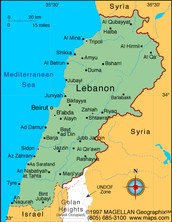 The map of Lebanon (from www.infoplease.com)

The picture of the flag was taken from www.olstars.com.

Lebanon lies at the coordinates 33.9 degrees North, and 35.5 degrees East.
It has a Mediterranean climate characterized by it's long, hot, dry summers and the short, cool, rainy winters. The Lebanon Mountains run through most of the country.
Picture from www.trekearth.com and Information from http://www.infoplease.com/country/lebanon.html.

In Lebanon, the religions are very torn. 59% of Lebanon, while 39% is Christianity. Although these religions share many similarities, like believing in the same god, they have differences that can affect Lebanon's government. Their different beliefs can lead to disputes in how they live, racial judgement, etc. However, there has been no real civil conflict to date. Information from http://looklex.com/e.o/lebanon.religions.htm. 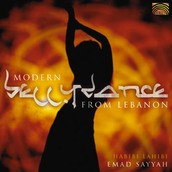 Music in Lebanon plays a big part to their culture.Their folk songs and pop music are famous all over the world for their rich sound and melodious rhythm. In fact, after WWII, artists emerged from Lebanon into the world. Information from http://www.yourmiddleeast.com/features/a-music-history-of-beirut_14137. 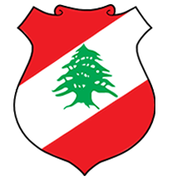 According to http://globaledge.msu.edu/countries/lebanon/government, Lebanon is a republic. This means the people in the country vote to elect representatives, who vote for what they want. They have a freedom of rights and speech, as well as having a president and prime minister.

The Lebanese economy is service-orientated, which means instead of using money to purchase, they do a service to pay for it. Their top industries include banking and tourism, while their GDP per Capita is $17,174. Their civilization is still developing, so they are doing fairly well. Information from http://globaledge.msu.edu/countries/lebanon/economy.

Did you know Lebanon was the very first country to create an alphabet? Also, it is believed that in Lebanon, Jesus Christ performed his first miracle (turning water into wine!). Finally, the very first people to live in Lebanon were also the very first to build a boat and sail! Lebanon has a lot of amazing history to it. Amazing information from https://sites.google.com/site/lebaneseamericansocietyatuf/interesting-facts-about-lebanon.

Follow George Peterson
Contact George Peterson
Embed code is for website/blog and not email. To embed your newsletter in a Mass Notification System, click HERE to see how or reach out to support@smore.com