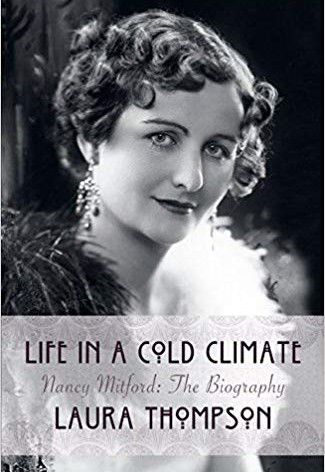 Life in a Cold Climate

This biography draws on Nancy Mitford's highly autobiographical early novels, the biographies and novels of her more mature French period, her journalism, and the vast body of letters to her sisters, lovers, and friends such as Evelyn Waugh and Cyril Connolly. Laura Thompson has put together a portrait of a courageous and contradictory woman—a woman who expressed anti-feminist views while living a life of financial and emotional independence; a woman who appeared quintessentially English but who was only wholly able to be herself once she moved to France; a woman who believed implacably that the best response to life's pain was laughter. Approaching her subject with wit, perspicacity, and huge affection, Laura Thompson, like Mitford, makes her serious points lightly. Eschewing cliches about the eccentricities of the Mitford clan, Thompson analyzes the contradictions and complexities at the heart of Nancy Mitford's life and work. 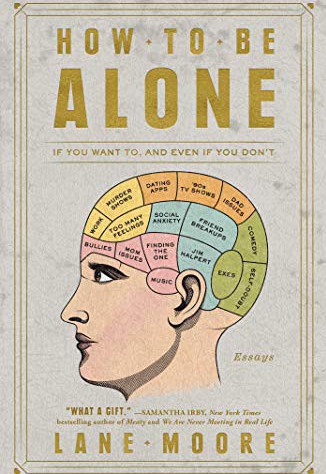 How to Be Alone

Lane Moore is a rare performer who is as impressive onstage—whether hosting her iconic show Tinder Live or being the enigmatic front woman of It Was Romance—as she is on the page, as both a former writer for The Onion and an award-winning sex and relationships editor for Cosmopolitan. But her story has had its obstacles, including being her own parent, living in her car as a teenager, and moving to New York City to pursue her dreams. Through it all, she looked to movies, TV, and music as the family and support systems she never had.

How to Be Alone is a must-read for anyone whose childhood still feels unresolved, who spends more time pretending to have friends online than feeling close to anyone in real life, who tries to have genuine, deep conversations in a roomful of people who would rather you not. Above all, it’s a book for anyone who desperately wants to feel less alone and a little more connected through reading her words. 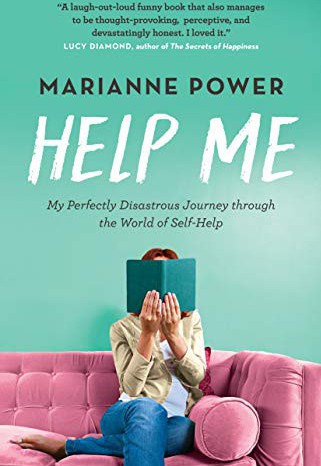 Help Me: My Perfectly Disastrous Journey through the World of Self-Help

A hilarious and heartwarming rampage through the world of self-care.

Marianne Power was a self-help junkie. For years she lined her bookshelves with dog-eared copies of definitive guide after definitive guide on how to live your best life. Yet one day she woke up to find that the life she dreamed of and the life she was living were not miles but continents apart. So she set out to make a change. Or, actually, to make every change.

Marianne decided to finally find out if her elusive perfect life—the one without debt, anxiety, hangovers or Netflix marathons, the one where she healthily bounced around town with perfect teeth to meet the cashmere-sweater-wearing man of her dreams—lay in the pages of those books. So for a year she vowed to test a book a month, following its advice to the letter, taking the surest road she knew to a perfect Marianne.

As her year-long plan turned into a demented roller coaster where everything she knew was turned upside down, she found herself confronted with a different question: Self-help can change your life, but is it for the better? 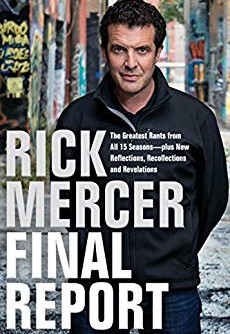 Canada's pre-eminent satirical commentator brings down the curtain on his hugely successful show in this instant #1 national bestseller.

Rick Mercer can always be relied on to provoke a strong reaction--but what he said one fall day in 2017 truly shocked the nation. In a rant posted on social media, the great Canadian satirist announced loud and clear that the current, 15th season of the Rick Mercer Report--the nation's best-watched and best-loved comedy show--would be the last. After more than 250 episodes, 250 rants and countless miles spent travelling the length and breadth of Canada to do everything from bungee jumping with Rick Hansen to whale watching with Measha Brueggergosman, it was time to move on. What he will do next is still unknown, and Canada eagerly awaits future developments. But meanwhile, we have this book to keep us going.

This volume brings together never-before-published rants from the last five seasons of the show, plus a selection of the very best rants from earlier years. And throughout the book, in a series of brilliant new essays, Rick shares his hilarious, moving and at times hair-raising memories from the past fifteen years. Remember when he and Jann Arden travelled by helicopter to a terrifying bat cave in a mountain? No--because that trip went so horribly wrong it never made it to the screen. Pierre Berton--what was really in that joint he rolled? (It wasn't oregano.) What catastrophe took place in Norman Jewison's bathroom? And can the show still go on when your director in charge is delirious from an allergic reaction? (Yes.) All this and more is revealed by Rick in some of his sharpest and funniest writing yet. 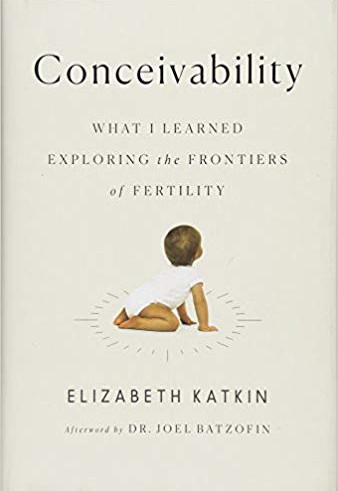 Conceivability : What I Learned Exploring the Frontiers of Fertility

Part memoir, part guide, this personal and deeply informative account of one woman’s gripping journey through the global fertility industry in search of the solution to her own “unexplained infertility” exposes eye-opening information about the medical, financial, legal, scientific, emotional and ethical issues at stake.

Although conception may seem like a simple biological process, this is often hardly the case. While many would like to have children, the road toward conceiving and maintaining a pregnancy can be unexpectedly rocky and winding.

Lawyer Elizabeth Katkin never imagined her quest for children would ultimately involve seven miscarriages, eight fresh IVF cycles, two frozen IVF attempts, five natural pregnancies, four IVF pregnancies, ten doctors, six countries, two potential surrogates, nine years, and roughly $200,000. Despite her three Ivy League degrees and wealth of resources, Katkin found she was woefully undereducated when it came to understanding and confronting her own difficulties having children. Shattered by her inability to get and stay pregnant, Katkin surprised even herself by her determination to keep trying. After being told by four doctors she should give up, but without an explanation as to what exactly was going wrong with her body, Katkin decided to look for answers herself. The global investigation that followed revealed that approaches to the fertility process taken in many foreign countries are vastly different than those in the US and UK.

In Conceivability, Elizabeth Katkin, now a mother of two, shares her fertility journey. Part memoir, part practical guide—with an afterword by founder of New York Fertility Services Dr. Joel Batzofin—Conceivability sheds light on the often murky and baffling world of conception science, presenting a shocking exposé into the practical and emotional journey toward creating a happy family. Armed with a wealth of knowledge from her years-long fertility struggle, as well as stories from other women and couples, Katkin bravely offers a look inside one of the most difficult, painful, rewarding, and loving journeys a woman can take.