Each year, during the week that includes September 17, Texas schools honor Celebrate Freedom Week (TEC § 29.907) to highlight the values and ideals on which the United States was founded as well as the sacrifices that were made for freedom in the founding of the country. Students learn about the intent, meaning, and importance of the Declaration of Independence and the U.S. Constitution, including the Bill of Rights. Students also examine the relationship between the ideas in these documents and subsequent American history.

The Language of the TEKS

(7) Students must demonstrate learning performance related to any federal and state mandates regarding classroom instruction. Although Kindergarten is not required to participate in Celebrate Freedom Week, according to the TEC, §29.907, primary grades lay the foundation for subsequent learning. As a result, Kindergarten (1st), (2nd) Texas essential knowledge and skills include standards related to this patriotic observance.

(7) State and federal laws mandate a variety of celebrations and observances, including Celebrate Freedom Week.

(A) Each social studies class shall include, during Celebrate Freedom Week as provided under the TEC, §29.907, or during another full school week as determined by the board of trustees of a school district, appropriate instruction concerning the intent, meaning, and importance of the Declaration of Independence and the U.S. Constitution, including the Bill of Rights, in their historical contexts. The study of the Declaration of Independence must include the study of the relationship of the ideas expressed in that document to subsequent American history, including the relationship of its ideas to the rich diversity of our people as a nation of immigrants, the American Revolution, the formulation of the U.S. Constitution, and the abolitionist movement, which led to the Emancipation Proclamation and the women's suffrage movement.

(B) Each school district shall require that, during Celebrate Freedom Week or other week of instruction prescribed under subparagraph (A) of this paragraph, students in Grades 3-12 study and recite the following text from the Declaration of Independence: "We hold these Truths to be self-evident, that all Men are created equal, that they are endowed by their Creator with certain unalienable Rights, that among these are Life, Liberty and the Pursuit of Happiness--That to secure these Rights, Governments are instituted among Men, deriving their just Powers from the Consent of the Governed." 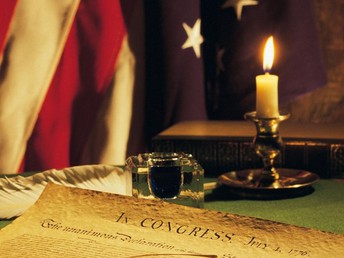 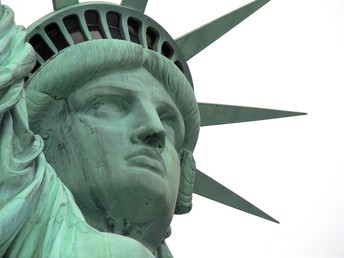 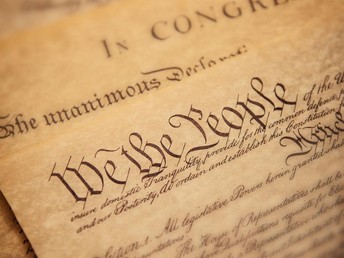 Resources for the Classroom

Liberty! The American Revolution
Liberty's Kids 114 - The First Fourth of July
What you might not know about the Declaration of Independence - Kenneth C. Davis

constitutioncenter.org
The National Constitution Center in historic Philadelphia is America's most hands-on history museum. Located just two blocks from the Liberty Bell and Independence Hall, it is the only museum devoted to the U.S. Constitution and the story of we, the people.
Texas Law-Related Education
ICIVICS

create a free account to see all lessons and games