We have discovered something incredible!

With all of Earth's natural resources slowly decreasing, the Nuclear Squad has been in constant search for a better, more efficient energy source. We have finally found it...

The Zachary Wheeler Nuclear Squad was founded in 2005 when a man by the name of Seth Pittman approached me with the idea of changing the world. He wanted to find a better energy source that could provide as much energy as the sun. I was bewildered and astonished by his passion, but I knew that it could never work. That is, until he showed me his research and experiments. Mr. Pittman had found a way to harness energy through nuclear fusion; something scientists had declared impossible for hundreds of years. Mr. Pittman had the idea of harnessing the power, but didn't know how to store it, which is why he came to me. The Nuclear Squad had built a massive nuclear container that had the power and capacity to contain a H-Bomb. With this, we began research into harnessing energy through nuclear fusion.

What is Nuclear Fusion? How does it work?

Nuclear fusion is a nuclear reaction through which two light nuclei of atoms, usually hydrogen and its isotopes (deuterium and tritium), are combined forming a heavier nucleus. This binding is usually accompanied by the emission of particles (in case of deuterium nuclei one neutron is emitted). This nuclear fusion reaction releases or absorbs a lot of energy in the form of gamma rays and kinetic energy of the emitted particles.This large amount of energy transforms matter to a plasma state. Nuclear Fusion is often confused with Nuclear Fission. Nuclear fission is the action through which the nucleus of an atom is divided. The core forms different fragments with a mass equivalent to half of the original mass and two or three neutrons.

The advantages of fusion over fission are paramount. For one, fusion generates three to four times more energy than fission does. Most importantly, fusion doesn't produce any radioactive waste. It is, for the most part, a clean way of generating power. It is fossil fuel-free, and free of hazardous waste.

So why do we use fission as our preferred form of nuclear energy instead of fusion? Quite simply, controlling a fusion reaction has proven to be an engineering nightmare. The reaction at the heart of the process generates so much heat and pressure that containing it, especially at smaller scales, has been an elusive goal. There has also been a problem with cost efficiency. The energy produced by the reaction is often less than the energy it takes to generate it in the first place.

Nuclear Fusion is what the sun uses to produce energy. As all human life understands, the amount of energy put off by the Sun is incredible and because we can now harness this, our lives will never be the same. 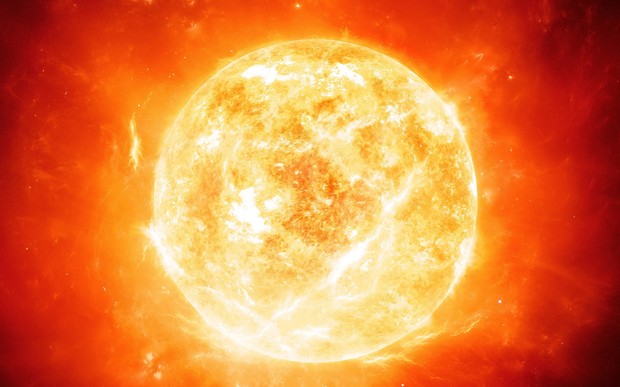 What can it do for the world?

Nuclear fusion could be very dangerous in the wrong hands. However, because we have been developing these store houses, there is very little chance that there could be a leak or anything of that matter. Also, these store houses are at very remote locations, very far away from the general public. The public is at no type of risk.

By harnessing this type of energy, our energy costs and our energy consumption would be decreased drastically. The energy given off by nuclear fusion would be able to power something that would take hundreds or even millions of years to work with our current energy production now. There would be no limitations to energy and that would ultimately produce better technology and, overall, a better world.

nuclear-energy.net
Nuclear fission is a method of obtaining energy through nuclear reaction that is based on the partition of the nucleus of atoms usually uranium.

How a viable nuclear fusion reactor really could change the world

www.mnn.com
Lockheed Martin recently claimed to have designed a fusion reactor that can fit on the back of a truck. If viable, it really could change the world.