shaelin is using Smore newsletters to spread the word online.

Get email updates from shaelin:

"In November 1775 Lord Dunmore, royal governor of Virginia, issued a
proclamation promising freedom for any enslaved black in Virginia who
joined the British army. Within a month, nearly three hundred slaves
had joined what would be known as “Lord Dunmore’s Ethiopian Regiment.”
Later, thousands of slaves fled plantations for British promises of
emancipation. At the end of the war, the British kept their word, to
some at least, and evacuated as many as fourteen thousand “Black
Loyalists” to Nova Scotia, Jamaica, and England. 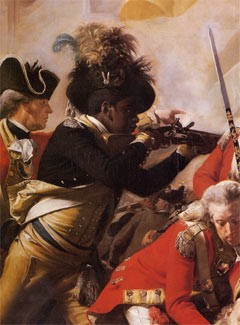 shaelin is using Smore newsletters to spread the word online.