I’ve just returned from our NAD Annual Council meetings held at the General Conference office for the last time. The North American Division has purchased a new office building and will be relocating about thirty minutes from the current office. The transition will take place early next year.

We have two people elected by our Executive Committee who also attend these meetings representing the conference with myself. Jim Leker, a layperson from Lineville AL, and Pastor Ted Struntz from Mobile AL.

My take away from the meetings is this: we have a tremendous church with people who have responded to God’s call. Every time I’m up at the General Conference I’m blessed by forming more and more relationships that I treasure. Each and every one of these men and women are warriors for Christ, and want His church to continue to flourish in this sin sick world.

The issue of Church unity was discussed for hours. Many spoke their minds, including yours truly. As I said last month I struggle with this issue [of women’s ordination] because I support church authority. The two Unions out of compliance with the world churches vote to not ordain women are the Pacific Union and Columbia Union. The General Conference voted a month ago to have meetings and prayer during this upcoming year for the purpose of bringing the two Unions into compliance. If this doesn’t happen then there will be a vote for discipline of those Unions next year at the General Conference Year End meeting. What that looks like at this time? Nobody is saying.

I want to share my understanding and feelings about this so you are clear where I stand. I don’t believe that unity is uniformity. I do believe that there is room for divisions to operate separate from other divisions and still maintain unity. One of the things I have found that consistently makes our church great is when we prayerfully consider and listen to one another’s views and ideas. You don’t have to agree with me nor I with you on every issue, but we do need to always remain brothers and sisters in Christ.

Keep in mind that it’s General Conference policy that women can be local church pastors. As I write this post there are 149 women at Andrews Seminary. Presently there are 4500 SDA pastors in the NAD at this time. In the next seven years 50% of them will be eligible to retire. Now that is going to create an interesting dynamic for our church. Before I continue I want you to know that I respect those who disagree with me. You have a right to do that. I’m not a person who would push this issue upon anyone , but I think that it’s only right for you to know where your president stands.

I don’t believe women’s ordination is a biblical issue. I can’t find a “Thus saith the Lord” one way or another. That alone causes me to tread very cautiously. I have great respect for both sides and for those who have studied this subject for years.

My ordination took place when I was pastoring in Hawaii. I had been a local church pastor for four years. The Hawaii Conference President along with an ordination committee made up of pastors attended my ordination. It was a great day of affirming my call to pastoral ministry. They laid hands on me and prayed for me to follow my call the rest of my life. They told me that I had shown evidence over the years that I had received a call to pastoral ministry by the empowering of the Holy Spirit.

Who am I to not respect all others who have shown they too have been called by God to serve and be ordained to pastoral ministry? 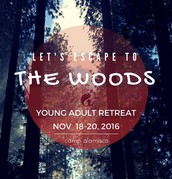 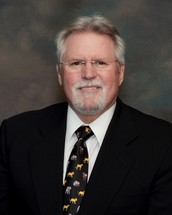 Facebook
The President guides the work of the Seventh-day Adventist Church in the Gulf States from its Montgomery, Alabama, headquarters. He serves on various organization boards operated by the church, and lends leadership to mission, evangelism, educational, and humanitarian strategies.
10633 Atlanta Highway, Montgomery, AL, United States admin@gscsda.org 334-272-7493 gsc.sda.org