Take Me On Playlist

Take Me On By: Katie McGarry

Take Me On Playlist

Take Me On By: Katie McGarry 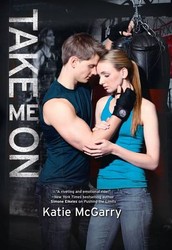 Take Me On is the 4th book of the Pushing the Limits series. It tells the story of West Young and Haley's time together and there personal life problems as they find that the only way to save those they care about is to fight.

This play list consists of different types of music because of all of the different emotional points in the book. 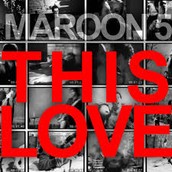 I chose this song for the time periods throughout the book when Haley tries to get West to tap out on the fight. She has only 2 months to teach him all she knows about fighting and she thinks that she will fail him. But West knows Haley is worth fighting for and refuses to tap. 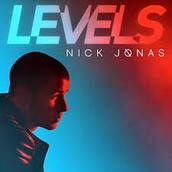 Haley has been training West for a couple of weeks now and is beginning to believe that he may have a chance of coming out of the cage alive. But she begins to think that she's going to need her brothers help to make sure he is 100% ready.

Because West has been kicked out of his house he has been sleeping in his car. The night that Haley finds out the temperatures are suppose to drop to the double negative. She knows that there is no way he can stay out there tonight. So she has him stay in her room for the night, aka the attic of her uncles house on the floor. As they are up there talking Haley reveilles a little bit of her past to him. Such as how she use to have a home and what she felt like when she did. And tell a little bit about what had happened between her and Matt. Through the conversation West begins to comfort her and tells her that everything will be okay.

The first day that West and Haley are actually together and not just faking it they walk into the lunch room. They both go through the food line to get food but instead of just sitting down West goes up to Haley's ex, the guy he will be fighting in the cage, Matt, and dumps some of his food on him to make him mad. After the daring move Matt is livid and tell West that he is looking forward to knocking him out in the cage, and they both get suspended for the rest of the day.

Songs #5 Till I Collapse By: Eminem And #6 Cant Be Touched By: Roy Jones Jr.

Even though West broke Haley's heart she realizes that she needs to stop running so she comes back to coach West. When she arrives to the fight she sees that he isn't listening to Joe and he is getting his butt kicked. She begins yelling at him what to do and he gets his head back into the fight. After the round he finds out that Haley is really back and he needs to show her that she really is worth fighting for.

During the last round of the fight and West makes the realization for Matt that even if he does loose the fight he still has haley and mat never will again. When he tells Matt this at the beginning of the round he is through off guard and lets his emotions rule over his mind. He takes a couple of wild shots and West dodgers most of them. Hitting him will a couple of series that he has learned from Haley and her brothers.