kiana is using Smore newsletters to spread the word online.

Get email updates from kiana:

Stella McCartney is the daughter if a former Beatles member. At the very young age of 13 she started creating clothing . She really developed an interest, she became really good friends with Naomi Campbell . She got a deal with big companies in England at a fashion show. She launched her clothing line and did collaboration with Adidas , Gucci, Chloe and more. She received multiple awards for her achievements. Her price range for her clothing is $400-$10,000 . She also sells handbags , clutches, perfume ,belts , scarves, lingerie , phone cases , and key chains .She is still designing and making fashion in England. 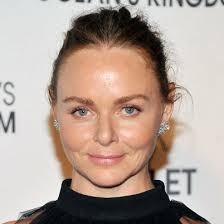 kiana is using Smore newsletters to spread the word online.