Get email updates from drew: 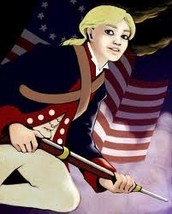 It all started on December 17, 1760 when Deborah Sampson was born. She lived in Plympton,Massachusets where her father abandoned the family when she was five.When she grew up she made a living by teaching summer sessions in 1779 and 1780 and by weaving in the winter. Slowly the thought of joining the army took hold. Because women weren't allowed to join the army, she dressed in man's clothing and chose the name Robert Shurtlieff. Later she was shot twice and lived brave and strong. She was wounded in the head and thigh. She died on April 29, 1827 at the age of 66.

Washington's army suffered the winter of 1777-78 due to harsh temperatures and little supplies.They had little shelter so most men slept on cold ground and had many diseases.The colonists felt bad and responded with food,warmer clothing,and better supplies.Some men wore no shoes and got hypothermia. 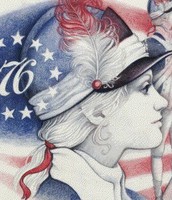 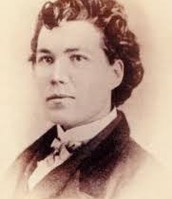