The Domino Theory is basically the thought that one communist victory in one nation will lead to other communist takeovers of surrounding countries. Then once those countries were under communist control, then communism will spread to the countries around those, therefore working like a chain reaction. 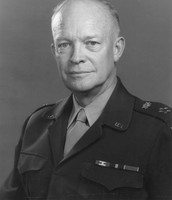 First to call it The Domino Theory