What is The Zodiac Ceiling?

The Zodiac Ceiling is an Egyptian stone carving which was created by the Egyptians as a Tribute to the God Osiris.

Who was Osiris and why was he important to the Egyptian culture?

Osiris was an ancient Egyptian God. He wore a Pharoh's hat and carries a shepherds crook and a flail for beating Barley. People thought of Osiris as the God of afterlife and rebirth, as well as the God of growing things. 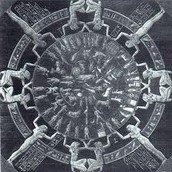 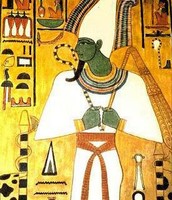 When was The Zodiac Ceiling first created and where was it first located?