B is using Smore newsletters to spread the word online.

Get email updates from B:

Learn about this religon with Brian,Cate, and Cleo!

Learn about this religon with Brian,Cate, and Cleo!

Islam is a monotheistic religion(only one god).It was founded by a prophet named Muhammad. It has over 1,500,000,000 followers!It is one of the big 3 religions along with Christianity and Judaism.There followers called Muslims take up one fifth of humanity.The Islam religion has seven fundamental beliefs. The first is belief in Allah or God.The second is belief in angles(good and bad).The third one is beliefs in revealed book of Allah or God.The fourth one is belief in Allah's many prophets(including Adam,Abraham,Mosses,David,and others that Christians and Jews are familiar with.next the fifth is accepting that there will be a last day.Then the sixth is belief in divine measurement of human affairs.Last but certainly not least the seventh is belief in life after death(just like Christianity). 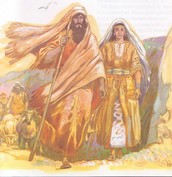 Abraham just like god is in all three religions as the same people!

Connect with B Rogers

B is using Smore newsletters to spread the word online.