Since October 2017 the Piner-Olivet community has been brought together by the difficulties resulting from wildfires that have ripped though our forests and neighborhoods. Many of us have dealt with loss, displacement, relocation, and more. I personally want to thank all of the first responders who risk their lives, the amazing community members who step up to help others, and each and every member of this wonderful school community for being there for each other and continually showing and giving the care and compassion each one of us needs. It is truly a blessing to be part of the NWP and POUSD family. Thank you. 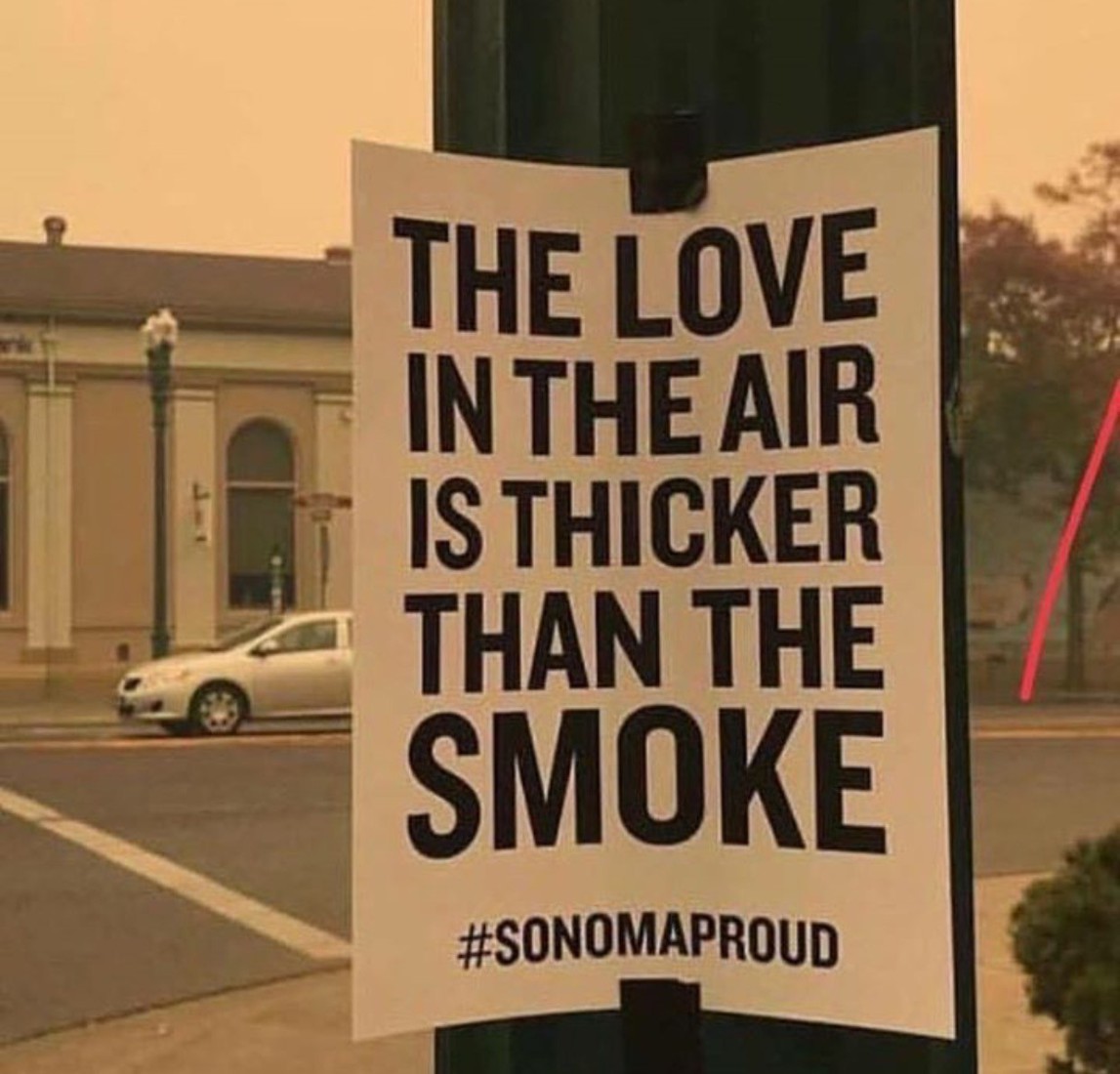 The 2019 Fall Academic Exhibition built out of the driving question, How do local actions lead to global citizenship? was a huge success!! Thanks to everyone who donated food and helped make the night happen. But most of all, congratulations to the students of Northwest Prep who showed the audience what it means to be a global citizen as well as how to take local action. Check out this amazing night in the video below. . 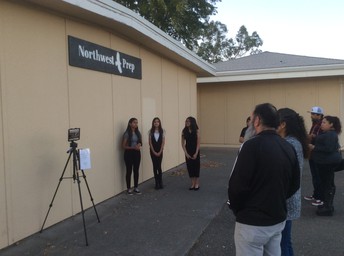 NWP students Marielle, Anna, and Jasmine stand below their newly designed and painted NWP sign as they engage with the audience at this year's Fall Academic Exhibition. 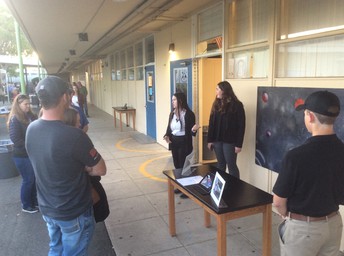 NWP students Syanne, Madelyn, and Landon stand near their newly designed and painted space mural as they engage with the audience at this year's Fall Academic Exhibition. 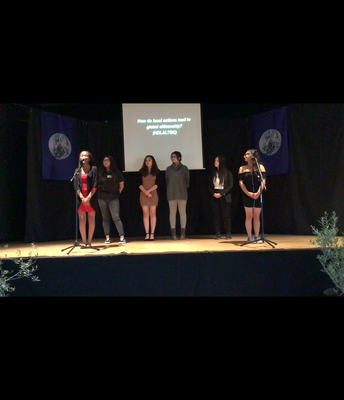 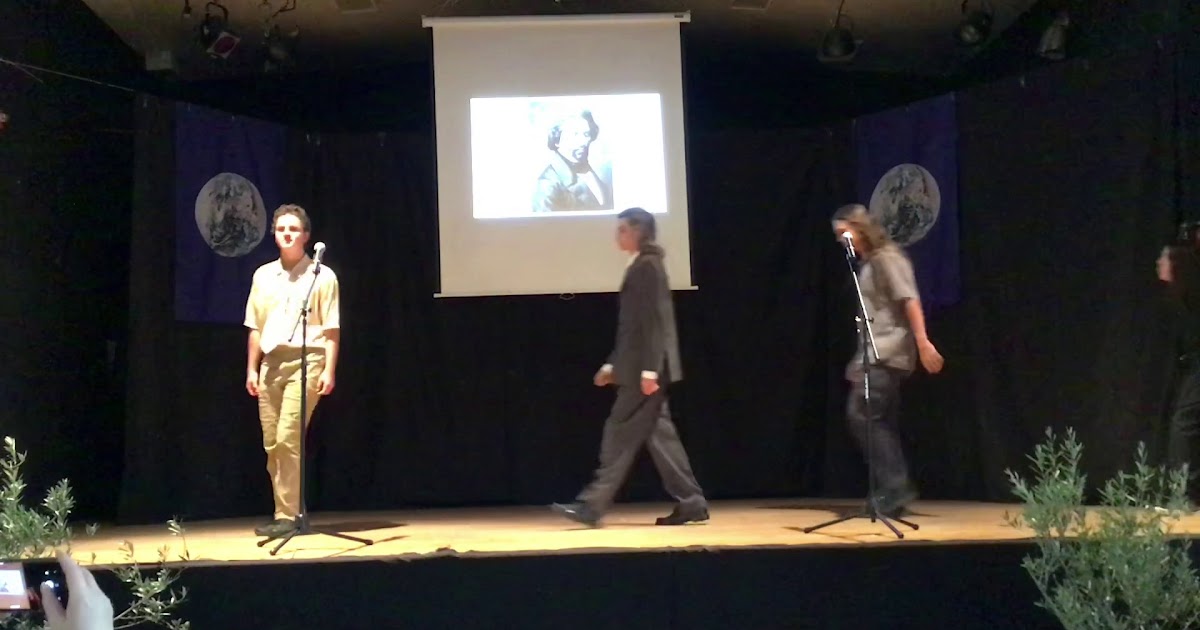 On September 20th 2019, Northwest Prep students spoke out for climate action by taking part in the National Student Walkout for Climate Action led by Greta Thunberg. For over two hours many NWP students chose to raise their signs high and chant while they marched from the front of NWP to the intersection of Fulton Rd and Piner Rd and back. They demanded adults start taking action to battle climate change. Students spoke out, including student leadership member Shianne Heeraman, who spoke about the leadership team's goal of having the Piner-Oliver School District adopt the same resolution on climate action that was signed by NWP's Leadership Team last spring. They are set to present at the upcoming November board meeting. 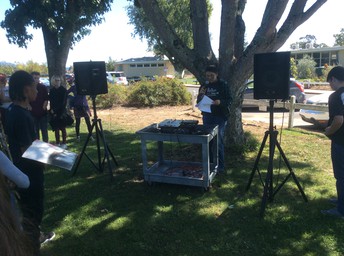 Shianne Heeraman reads NWP’s Climate Justice Resolution to peers before marching for Climate Action on September 20th 2019. This resolution has been signed by the NWP student council and will be presented to the POUSD school board for adoption in the coming months. See more at Schools for Climate Action. 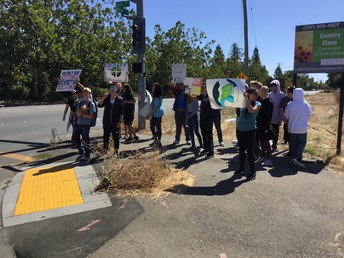 NWP students make their voices heard as part of the Youth Climate Strike on September 20th 2019. 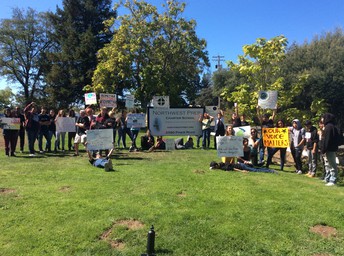 NWP students make their voices heard as part of the Youth Climate Strike on September 20th 2019.

Thanks to all who joined us at the first Parent-Teacher-Student Organization (PTSO) meeting in October. We look forward seeing more of you on November 19th from 5:30-6:30 as we further develop the organization by selecting officers, establishing bylaws, and taking steps towards establishing a bank account and working on fundraising opportunities.

Thanks to everyone who made this special event happen. From our decorating committee led by Alyah to DJ Landon and DJ Nathan, to the games set up by Jasmine and Jacky to the spectacular spread of food supplied by all, this event was great because of you!!. Special thanks to the Day family for providing pizza for all, and to Tristan St. Germain and her brother for the awesome potion bar. 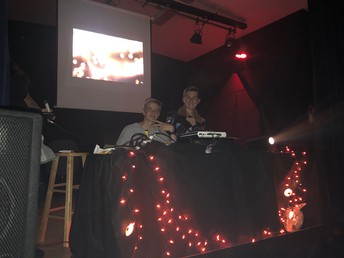 DJ Nathan and DJ Landon spin the 1's and 2's at this years Halloween Dance!! 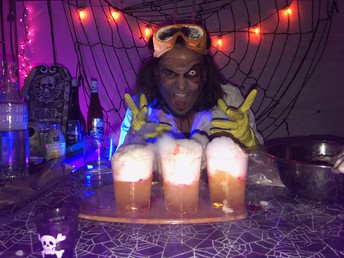 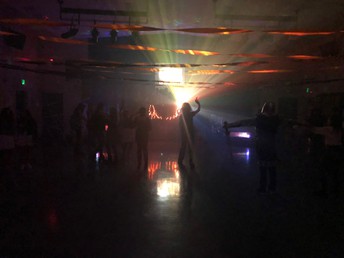 Thanks to Cora, Malena, Matthew, Clark, and Ethan for presenting about Northwest Prep to Willowside Middle School's 8th graders. We're looking forward to more presentations at different schools in the near future. Check out the slide show below to see what they presented.

Ms. Jhaveri will be holding after school intramural sports on Fridays from 3:30-5:00. The group will begin with basketball and soccer.

Mr. Edmondson will continue the table top gaming club through the end of the semester.

The yearbook committee will continue their work on this year's yearbook during Monday Leadership class and in the afternoons on Wednesdays. See Ms. Jhaveri if you are interested.

Students are engaged and informed citizens. They are empowered to create positive change in themselves, their communities, and the world. They are mindful and principled decision makers who understand the long and short-term effects of their actions on others and the environment. They practice compassionate, ethical, and active citizenship in local, global, and virtual settings. Students strive to achieve a balance between their own needs and the needs of others. 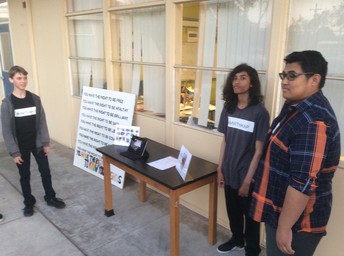 Jaidan, Matthew, and Damien present their findings to visitors at the 2019 Fall Exhibition. 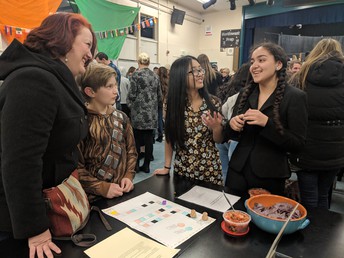 Heather and Marielle present their findings at the 2019 Spring Exhibition. 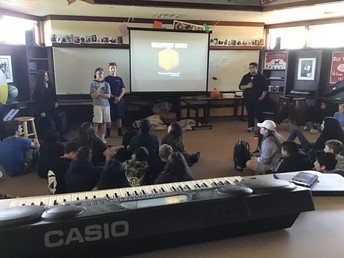 Nathan, Matthew, and Landon announce the Halloween Dance at the first NWP community meeting of the year.

Follow Adam Napoleon
Contact Adam Napoleon
Embed code is for website/blog and not email. To embed your newsletter in a Mass Notification System, click HERE to see how or reach out to support@smore.com
close