The prerequisite to writing a strong literary essay is to read the text one will write about carefully and thoughtfully. The best literary essays are the ones built upon strong interpretations. When reading a text in order to write about it, there are some ways that students can interact with the text at various points in order to move effectively and efficiently toward growing big ideas. As is recommended in Lucy Calkins’s literary essay work, I strongly recommend that students write about short texts, particularly when they are first learning how to write literary essays. The short texts could be short stories, picture books, or even excerpts from larger books.

Organize students into clusters of 3-4, and, during a Read Aloud, stop at various points to coach them through asking and answering some of the below questions in these small groups to lead them toward growing big ideas about the text.

In the beginning of a text, students can ask themselves questions such as:

Toward the middle of a text, students can ask:

At this point, it’s helpful to include a bit of whole-class discussion to support students’ analysis. There is a huge leap in thinking to move from naming a character’s feelings to analyzing some of the issues that are emerging in a text. But it is in this leap that true interpretation begins to take place, and the groundwork for lovely big ideas or thesis statements is laid. For example, if a character is feeling picked on or ostracized because he is different from his peers, an issue that students may recognize as starting to emerge could be “people often don’t accept differences in others, but they should.” Or, “people are often afraid to be true to themselves because they don’t want to be made fun of.” Feel free to interject some of your own suggestions as models, particularly if students are struggling.

At the end of a text, students can ask:

Literary essays require students to read closely to come up with opinions that can later turn into thesis statements. As your students begin their literary essay unit, it is important for them to understand that reading and writing go hand in hand. Below are some anchor charts and blog posts that you might find helpful as you support your students in doing this kind of thinking.

Check out the Two Reflective Teachers Blog for more resources. 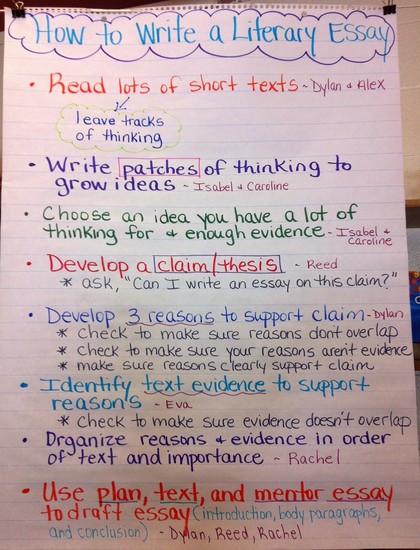 Teach your students how to annotate text using the Highlighting Tool from NewsELA. Students love to be highlighter happy! Give your students a purpose before reading the text to focus highlighting. 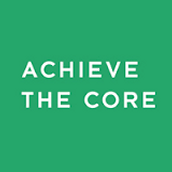 The Basal Alignment Project is the work of teachers across the country to create questions, tasks, and directions for the Journey's Reading Program. This set of questions, the vocabulary words selected for discussion with students and the new culminating tasks for each text have been aligned to the ELA CCSS. 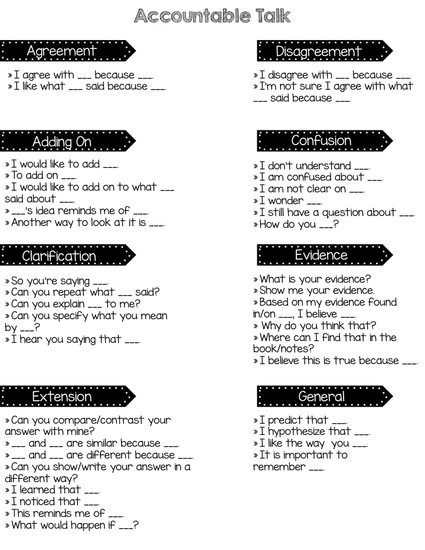 Follow Natalie Franzi
Contact Natalie Franzi
Embed code is for website/blog and not email. To embed your newsletter in a Mass Notification System, click HERE to see how or reach out to support@smore.com
close