Get email updates from carlos:

A Vacation in America

A Vacation in America

You should come to America.

America has always welcomed people - that was how America was formed in the first place....

1. It's easier to get a scholarship in the US than it is in any other place,

2.The quality of higher education is comparitively good and

3. The infrastructure for both students and people working is good....

4. The educational programmes offer more flexibility as well and

5. In many cases it is easier to gain admission into educational institutions in a course of your choice than it is in many developing overpopulated countries

We have many fun sports you can entertain to. 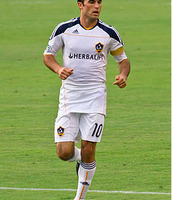 8 great things to do in America

Music, sport, history, culture, cuisine, kitsch, wildlife, beaches, thrills – whatever you want, the USA has it.

One of the touchstones of America's cultural diversity, and among the most moving museums you can visit.

Between 1892 and 1954 this immigration depot processed the greatest tide of humanity in US history - nearly 12 million people. Situated in New York Harbour, it is accessible via the Statue of Liberty & Ellis Island Ferry.

Arguably the world's greatest golf tournament (April 7-13), held on one of America's most challenging and picturesque courses - the Augusta National in Georgia. Tickets do not go on general sale but can be arranged (at some expense) through selected tour operators.

It is not the most famous ski resort in the Rockies but it is one of the best, especially for families. It has an excellent variety of pistes and a fantastic record for light, fluffy powder snow. This year has been better than ever, with 268in (680cm) falling last month.

Across much of East Coast America, the onset of autumn means only one thing: hurricane season. If you are fascinated by the destructive force of hurricanes, there is a company that can now take you to the eye of the storm.

As well as being a great music city in its own right (home of the Geezinslaws, Austin City Limits, the Broken Spoke and the Armadillo World Headquarters), Austin is also host to one of the great international music festivals (March 7-16).

To leave the cacophony of Vegas and cruise out into the peace and quiet of the Mojave Desert in a sports car with the top down is pretty much our idea of heaven. You can interrupt your journey with a stop at Bodie, an authentic Wild West ghost town, on the eastern slopes of the Sierra Nevada range.

"Gentlemen, start your engines," brings a deafening roar from the 30 or more racing cars and the 500,000 spectators around the concrete oval. Known as the Brickyard, the sprawling Indianapolis Motor Speedway hosts more than just a race. People camp out for three days beforehand just to be part of the spectacle..

hosts the sporting event of the year in the United States. Next year the winners of the two conferences -