Get email updates from yashaswee:

WHAT ARE THE 5 GENERATIONS OF COMPUTER!

This leaflet will teach you about the 5 different generations of computer although we are still the the 4th generation... 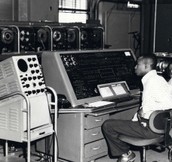 THE COMPUTER IN THE 1ST GENERATION

During the first generation the vacuum tube was invented (1940-1956). these computers were enormous and would take up the space of nearly an entire room. they were very expensive to use and needed a great amount of electricity. this computer depended on machine language, the lowest-level of programming language understood by the computer, to preform operations was difficult and they could solve only one problem at a time.

THE COMPUTER IN THE 2ND GENERATION

In the second generation transistors were invented and replaced vacuum tubes (1956-1963). the transistor was actually invented on 1947 but was not seen wide spread until the late 50s. transistors were far more powerful than to the vacuum tube, these allowed computers to become smaller, faster, cheaper, more energy- efficient. though the transistor generated a great deal of heat that was said to damage the computer.

THE COMPUTERS IN THE 3RD GENERATION

In the third generation integrated circuits were invented and replaced transistors, (1964-1970). Instead of punched cards and printouts, users interacted with third generation computers through keyboards and monitors and interfaced with an operating system, which allowed the device to run many different applications at one time with a central program that monitored the memory. Computers for the first time became accessible to a mass audience because they were smaller and cheaper than their predecessors.

THE COMPUTER IN THE 4TH GENRATION

In the 4th generation microprocessors were invented and replaced integrated circuits, (1971-present).

In the first generation, filled an entire room could now fit in the palm of the hand. The Intel 4004 chip, developed in 1971, located all the components of the computer—from the central processing unit and memory to input/output controls—on a single chip.

In 1981 IBM introduced its first computer for the home user, and in 1984 Apple introduced the Macintosh. Microprocessors also moved out of the realm of desktop computers and into many areas of life as more and more everyday products began to use microprocessors.

As these small computers became more powerful, they could be linked together to form networks, which eventually led to the development of the Internet. 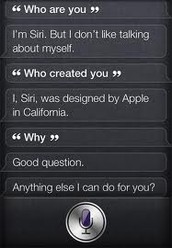 THE 5TH GENERATION OF COMPUTER (PRESENT AND THE FUTURE)

Follow yashaswee shah
Contact yashaswee shah
Embed code is for website/blog and not email. To embed your newsletter in a Mass Notification System, click HERE to see how or reach out to support@smore.com