jojo is using Smore newsletters to spread the word online.

Get email updates from jojo:

Al Capone was born in Brooklyn by Italian immigrates. when he was a kid he did not do well and got expelled from school when he was 14. he then joined a gang lead by Johnny Torrio, one of the most successful gangsters on the East Coast, for whom Capone did small favors and errands, and somewhere in all of his gang activity's he contracted Syphilis, a disease witch lead to his death

Al Capone did everything he did because of his gang. without his orgonized gang, Al Capone would have not did alot of the things he did, and would not be as infamous as he is now

February 14, 1929, at the brick garage at 2122 N. Clark St, Chicago. some of George "Bugs" Morans gang members and him picked a fight with some of Al Capone's men. Capone's men fire 90 rounds out of their sub machine guns killing many of Morans men. The victims, killed outright or left dying in the garage, included Frank "Hock" Gusenberg, Moran's enforcer, and his brother, Peter "Goosy" Gusenberg. Four of the other victims were Moran gangsters, and Dr. Reinhardt Schwimmer, an optician who cavorted with criminals for thrills.

The Cops had nothing on Al Capone in the beginning, but later one of Al's men Burke tried to assassinate him, so Al Capone killed him. when the police searched his apartment they found a huge arsenal, including two machine guns, seven revolvers, eleven tear-gas canisters, and thousands of bullets and other ammunition. Ballistics tests provided results. Burke’s machine guns were the same ones used in the St. Valentine’s Day Massacre, after that the cops did some more poking around with some of the gang members and got one to squeal. then they knew all about the people involved in the massacre and arrested Al Capone 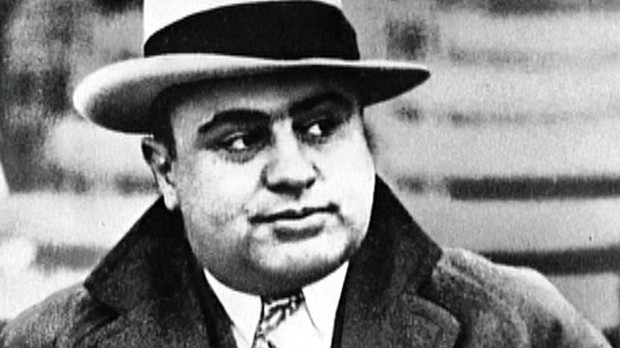 Al was convicted many times, and for many things. the main one was tax evasion. he evaded taxes for 4 years, 1925-29, and then was charged $215,080.48 in taxes. later he was also convicted for selling alot of alcohol during the prohibition era, this landed him in Alcatraz for a couple of years

many movies were inspired by the St. Valentine's Day Massacre and they were

Seven Against the Wall

and alot of other movies and tv shows

jojo is using Smore newsletters to spread the word online.