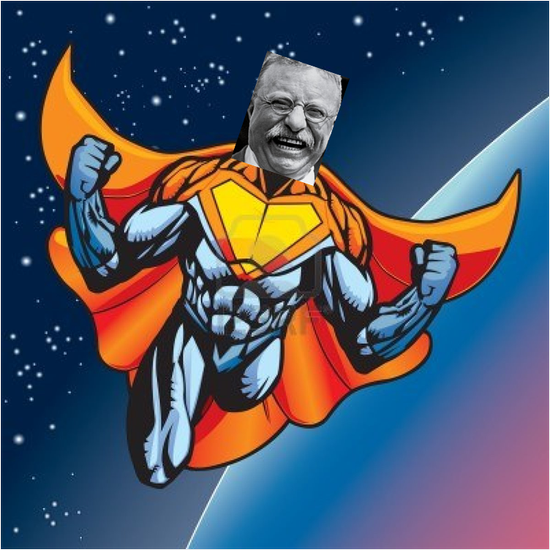 The Villain got its name because of how the owners of large businesses have complete control of the workers below them, and the workers are helpless against the large corporations. Some of the evil deeds done by this monster include cutting wages of lower class workers for the benefit of owners, as well as raising prices just to boost profit. Raising railroad rates and controlling monopolies are other examples of wrong-doings by the Big Business Bully as well as exploiting consumers.

Jacob Riis was a photographer for the New York Tribune who revealed the major discrepancies between how the rich lived with marble tables and warm beds compared to the slums that the poor lived in. His book How the Other Half Lives showed pictures of poor families living in small crowded rooms, and was a call to action to improve wages and conditions for the lower class.

Tornado Ted Takes Down the Bully

Tornado Ted Roosevelt over came his foe, the Big Business Bully by using lawsuits and the Sherman Anti Trust Act as weapons. He took down major corporations like that of J.P. Morgan on the sole basis of right vs wrong morally. His continuous trust busting got Roosevelt popular with the public. His method of taking down big corporations was not to dissolve them completely but rather take control and regulate some of the internal actions, like wages and prices.

Follow Nick Price
Contact Nick Price
Embed code is for website/blog and not email. To embed your newsletter in a Mass Notification System, click HERE to see how or reach out to support@smore.com
close