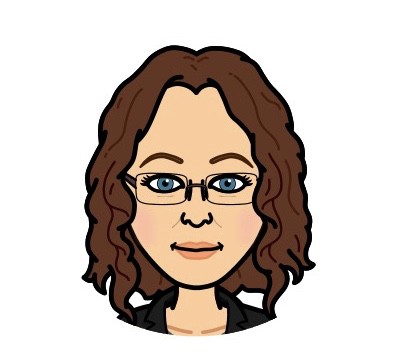 Get email updates from Lynne:

This has been a very difficult week across our country. In the wake of the murder of George Floyd, the horrifying video played over and over on media showing four white men kneeling on a black man until he died, I have been reflecting on how those of us who teach, support, and care for children can help them to process these events.

I have been around a while. I was 7 1/2 years old in 1968 when Dr. Martin Luther King was assassinated, and have vivid memories of walking with my father to attend a candlelight vigil in his honor. We walked miles together across Framingham, where I grew up. I felt the solemnity; this was not a walk I had ever taken before, nor would I take it again. I was seven, and it was over five miles. I could feel the emotions of those surrounding me. The depth of sadness at the senseless murder, anger and frustration at the racial divide in our country, and horror that something like this could happen, that relations between people could diverge to this end due to the color of one's skin and efforts to rise above racism and systemic inequalities.

George Floyd is not the first black man to be senselessly murdered by one or more white people. This time it was police, which adds a whole other mind-numbing dimension. But that hasn't always been the case. What keeps returning to me are questions I can't answer, questions that bring with them an overwhelming sense of sadness: Why, in all this time, haven't we in the United States, been able to overcome racism? Why does the color of one's skin create such a divide and generate so much hate? And how do we teach our children so that they find a way to put an end to it? I don't have those answers.

We are proud this week of many of our Gloucester youth and community members. Emily Palk, a senior at GHS whom I have not had the pleasure of knowing, organized a peaceful protest on June 2nd that united many community members against racism. The article written in the GHS Gillnetter illustrates the passion on display, proving that coming together with one voice can have a powerful impact.

Because I am not alone in my pursuit of ways to help our children understand, learn, and effect positive change in our society, I have sought resources this week that I believe may be helpful to talk to children about race, civil rights, and our struggles as a nation. They are not all that are available. You may like them or not, choose to use them or not. I hope that for many of you they provide an avenue for discussion and enlightenment for our children who are observing and trying to digest all that is happening around them and who, at some very near point in their lives, may make a difference.

Resources for Talking About Race

We have set up a safe procedure for families to come to O'Maley on June 12th to retrieve belongings stored in student lockers. By last name, items will be arranged on the sidewalk for curbside pickup at certain times.

At your assigned time, please also bring with you from home any items that belong to O'Maley, for example, textbooks, ELA reading books, library books, calculators. Unless you are leaving Gloucester schools in the fall, Chromebooks should stay at home.

Link below for full details, including time slots and procedures.

Please make every effort to retrieve belongings on June 12th. Information will be forthcoming for those families who cannot come on that day. Email lbeattie@gloucesterschools.com with any questions. 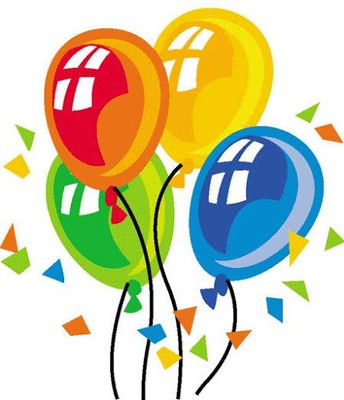 While we are excited for their future as high schoolers and beyond, it is with great sadness that we bid farewell to our 8th grade students without the chance to have them in the O'Maley building again. To celebrate their years at O'Maley, staff, with student input, have designed a fun, lighthearted farewell. While we would have loved to hold our traditional ceremony, an online venue filled with speeches and without the opportunity to shake students' hands in congratulations does not hold the same appeal.

We are excited to invite 8th grade families to please join our Hawaiian-themed rolling car parade to celebrate on June 17th from 11:00 a.m. -12:00 p.m. DJ Mr. Sousa will be live playing music and shout-outs to students will be made.

Details of the Celebration

Certificates, photo montages, and t-shirts (gift from O'Maley PTO) will be mailed home along with a congratulatory letter from teachers, awards from specialist teachers, and yearbooks to those who purchased. Bank Gloucester will be sending out their annual awards to our high honors students as well. 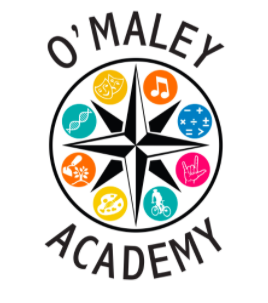 Report Cards will be posted on the Schoolbrains Community Portal June 17 at 3:00 p.m. 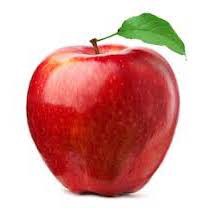 As you may recall, I communicated a few weeks ago that during Term 4 students will be graded Credit or No Credit. Notation of earned credit on assignments is posted on SchoolBrains, and teachers are providing regular feedback to students on work they might be missing and how to be sure they will earn credit for the term.They are also sending out Shout-outs to those students who are rocking remote learning, and there are many despite the challenges! If you have questions about academic standing, be sure to check SchoolBrains for information, or please contact the classroom teacher or guidance counselor for the grade.

For most students, year-end grades will be determined from the average of Terms 1-3 grades provided credit is earned for Term 4. The distinctions of High honors, honors, and honorable mention will not be made for Term 4. In the case of students who have not completed work during Term 4, situations will be handled on an individual basis.

Get E-Library Cards for O'Maley Students

Link here to register for an E-Library Card. 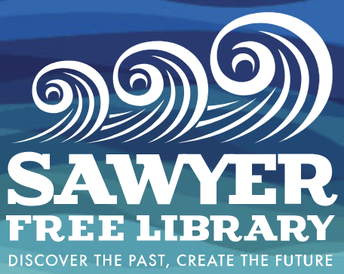 We would like students to be able to access online books from Sawyer Public Library and Overdrive. In order to do so, we will be providing the library with student names and school email addresses.

At the start of the school year, all families were sent information on the Family Educational Rights and Privacy Act (FERPA). It included a disclosure of the types of information GPS might share with outside organizations; examples were listed. While the list of examples is not exclusive, the Sawyer Free Public Library is not listed, so I would like to take this opportunity to request that if you do not want your student's name and school email address to be shared with Sawyer Free Library for the purpose of setting up a library e-card, please email me at lbeattie@gloucesterschools.com before Tuesday, May 12th.

In case you want to refresh your memory on the FERPA disclosure, a link to the letter is here: 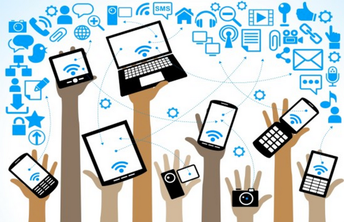 Link to access all of our links and detailed information about the remote learning program at O'Maley in one place.

The Student and Staff Compilation is a collection of creative contributions, a sharing of what we are all doing while we are out of school and an opportunity to connect. If you want to add your own slide, create a Google Slide in your school account, and email it to Ms. Beattie.

Please reach out to O'Maley counselors or use the information included here if you need family support. 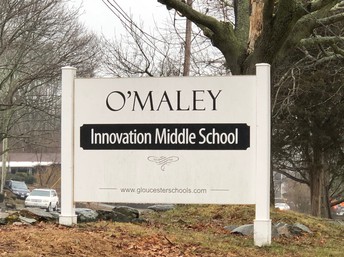 Follow Lynne Beattie
Contact Lynne Beattie
Embed code is for website/blog and not email. To embed your newsletter in a Mass Notification System, click HERE to see how or reach out to support@smore.com
close