Based on the measurement of severity of weaknesses, individuals with intellectual disabilities can be distinguished as having mild, moderate, severe, or profound impairments.

Can communicate and behave well in social environments

Little support for self care

Can understand speech, but has little ability to communicate themselves

Without support individuals with a profound severity cannot communicate, care for themselves, or participate in social activities.

Known cases are split into 3 categories:

*IQ scores and test scores can be used to determine if an individual should be diagnosed with an intellectual disability, but IQ scores and other tests are not dependable.

Fragile X Syndrome is caused by a genetic mutation on the X chromosome Fragile X is the most common inherited cause of intellectual disabilities, more frequently caused in males than females (A. Sterling & L. Abbeduto, 2012).

Fetal Alcohol Syndrome is caused due to the mother consuming alcohol and exposing the baby to toxins and other drugs while pregnant.

Down Syndrome is caused by an extra copy of a chromosome.

One major characteristic that interferes with an individuals academic success is the weakness of conceptual skills. Conceptual skills focuses on the ability to read, write, and compute math problems. Not being able to read causes the student to have comprehension problems. Thus, if the student cannot read they do not have the ability to follow directions, understand stories, and even to solve word problems in math. The inability to write makes it difficult to do work in class and take notes. An individuals language is impaired when they are unable to read or write, resulting in the student being unable to ask questions or converse with others. Lastly, difficulty in computing math problems effects ones ability to learn how to manage money and understand time.

Helpful Strategies, Accommodations, and Modifications for the Classroom:

1) Audio Recordings- When students are reading the class aloud with the whole class or silently to themselves, provide the student with an audio recording of the text they are reading. This will make it easier for a student who troubles with reading and comprehension to follow along better and to keep up with the rest of the class.

2) Baby Steps- Instead of teaching one topic in one lesson, break it up into different lessons. Then, once each step is taught the student can the put all of the steps together. When each step is broken up into different sections or steps it is less overwhelming for the individual and they can process each step slowly and thoroughly.

3) Visual Aids- Charts, Graphs, Pictures, and Videos are all great tools that are useful when a student needs to see something rather than just listening or reading about it. Having a visual such as a chart of the students behavior and academic improvements allows the student to see how much they have advanced, this will assist in the students motivation as well.

www.understood.org
Refer to this checklist of common modifications and accommodations when talking to the school about the best options for your child.

1) Picture Representations- For those with difficulties in communication, it is helpful when students can point to a picture that represents what they want, need, and feel. This will help students feel more comfortable with engaging and will allow them to interact with others.

2) Assign Chores- Give the child things to do around the house and break them into pieces, explaining what to do and use conceptual skills such as number concepts. This will keep the child thinking and improve multiple abilities while doing so.

3) Encourage Independence- Parents should allow their child to get dressed alone, brush their teeth, and get food for themselves. This will improve the child's ability to take care of some things on his or her own and will also help the individual to gain confidence and they will start to want to do more things on their own.

The Little Speller App is a game that shows a picture of a person, place, or thing and then they are asked to spell out what the picture is showing 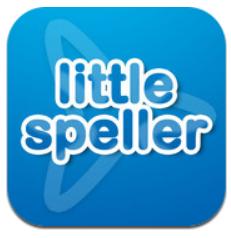 This website is an article relating to a young boy with down syndrome, the information within the article is helpful for parents because it provides support for the parent for when the needs of their child can be overwhelming.

This website provides information about The Special Olympics and what individuals are involved, how they become involved, and information on intellectual disability conditions.

What Is An Intellectual Disability?