This is a Great Steamboat! 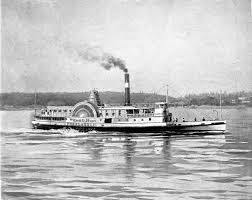 Why Do You Need This Steamboat?

This steamboat is great for transporting goods for trade and can go through the river against the current. It makes it quick to get places and not having to wait for the correct wind. Steamboats are the alternative to sailing boats.

Robert Fulton is credited with the invention of the steamboat, Even though James Watt had the patented idea. Robert Fulton made the first successful steamboat, the Clermont in 1807. Bismarck ND was a transportation river port. There is a Steamboat Warehouse memorial in Bismarck where the show where they stored goods to be taken up the Missouri.