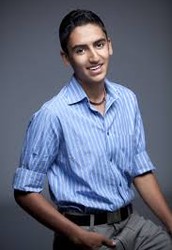 The underage overachiever began is passion to help since the small age of four. His story begins when his parents were reading about a tragic earthquake in Gujarat, India in which they informed his that there local priest had died being stuck in the rubble. Bilaal wanted to help and came up with the idea to sell clementine oranges since he happened to be eating one when his parents told him the news. $350 was the amount Bilaal was able to raise for funds that he would give to those in Gujarat.

"It was amazing to see that these kids, no matter what the circumstance they were in, made most of life..."

Bilaal meeting the kids of Malawi

Bilaal with the children of Thailand after the Tsunami 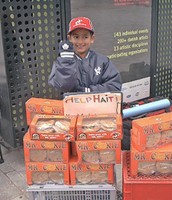 "I am no more gifterd or capable that you are"

What has he done to help ?

And many, many more activities in which he has raised millions to help people in need.

A True Hero and a Big Change

A hero is someone who is caring, and enjoys helping others out of the goodness of there heart. In my opinion, Bilaal is a perfect example of a hero and should be recognized as one. Many already do but it would have a much greater affect if many more knew about what he does. He recognized the need to help and wanted to do it since the young age of 4. Since then it has been his true passion. Helping, raising money and socializing with the people he helps is what he loves to do most and he would love to continue doing it for as long as he can. It is clear to see that Bilaal has affected the life of many children and there families in a positive way. Many did not believe in his power to help but he has proved them wrong and won them over gaining the respect and help of many who have joined his team. Millions and millions of dollars have been raised to help. He has become an inspiration and role model for many that want to do the same.