Equal is an Adjective!

7 = 6 + 1 Is this written backwards? NO! Equal doesn't mean "answer", it means the same as! The equal sign is the first relational symbol little ones learn. Unlike the addition and subtraction signs, it does not indicate an operation. It describes a relationship. Equal is an adjective! Add and subtract are verbs. They are something we do. Equal is an adjective. It describes the relationship. Deeper understanding of math, means appreciating relationships, not just "facts". The equal sign is one of our earliest opportunities to help students consider relationships.

Hearing, and seeing and saying, "the same as" and "equal" interchangeably helps students develop a more sophisticated understanding of the word equal. "7 is the same as a group of 6 and 1 more, so we can say 7 = 6 + 1."

One lesson is never enough for a sophisticated idea. Make a BIG difference by saying and writing "the same as" regularly. This teeny little change can make an enormous impact.

Check out these simple center activities you can use with any dice or number cards or these samples with the numbers already selected.

Quack and Count by Keith Parker is a wonderful read aloud and pairs nicely with the Quack Attack Shake & Spill Composing 10 Activity! Equal Shmequal is an adorable book by Virgina Kroll. Here is a video read aloud of Equal Shmequal. The story begins at 3:23. This story uses a seesaw to show equal sides; a great way to introduce balance scales and the idea of equality.

These BIG IDEAS in first grade math are the foundation for success in mathematics.:

These concepts are a big part of Dreambox lessons, yet so many little ones need more hands on experiences long after the lessons have passed. Students need more time building doubles with Rekenreks and ten frames; more discussion about what they are doing; more opportunities to determine for themselves that the sums are always even. (Have you played "Hit the Button:Doubles" with your class yet? There are only even buttons, helping develop understanding of doubles as even numbers. Guide struggling learners to use known facts to find unknown facts. "If you know that 6 and 6 make 12, then how much will 7 and 7 make?" Simply telling is not equivalent to providing lots of opportunities to discover the pattern on one's own. That is FAR more likely to cary over.)

Solving 9 + 4 by thinking "I know 9 and 1 make ten so three more makes 13" is more accessible with ten frames or cubes and teacher questioning. Greg Tang does a fabulous job with this one! Choose: "Make a 10: Easy" and challenge students to level up to subtraction and then greater numbers.

Looking for more truly worthwhile activities to get ready for grade two? Scan through our Resource Doc and find some videos, numberless word problems, printable centers and Smart board activities that may have been recently added! Check out the Grade 2 page for enrichment ideas!

Repeat some of the more challenging activities like Thinking Blocks Jr. for small numbers (choose up to 10 or 20) word problems with bar models. Some of your kids may be ready for the original Thinking Blocks where they can choose number from 1-50 or 1-300.

Yes, Brains can really Shrink & Grow! {Something our students need to know}

Stanford math education professor Jo Boaler spends a lot of time worrying about how math education in the United States traumatizes kids. “There’s a widespread myth that some people are math people and some people are not, but it turns out there’s no such thing as a math brain.” Unfortunately, many parents, teachers and students believe this myth and it holds them up every day in their math learning.

Neuroscience research is now showing a strong connection between the attitudes and beliefs students hold about themselves and their academic performance.

“We now know that when you make a mistake in math, your brain grows,” Boaler said. Neuroscientists did MRI scans of students taking math tests and saw that when a student made a mistake a synapse fired, even if the student wasn’t aware of the mistake. “Your brain grows when you make a mistake, even if you’re not aware of it, because it’s a time when your brain is struggling,” Boaler said. “It’s the most important time for our brains.”

A second synapse fires if the student recognizes his mistake. If that thought is revisited, the initial synapse firing can become a brain pathway, which is good for learning. If the thought isn’t revisited, that synapse will wash away...

A recent study of students with math learning disabilities found in a scan that their brains did behave differently from kids without the disability. “What they saw was the brain lighting up in lots of different areas while working on math,” Boaler said. The children were recruiting parts of the brain not normally involved in math reasoning.

The researchers tutored the group of students with math disabilities for eight weeks using the methods Boaler recommends like visualizing math, discussing problems and writing about math. At the end of the eight weeks, they scanned their brains again and found that the brains of the test group looked just like the kids who did not have math disabilities. This study shows that all kids can learn math when taught effectively. Boaler estimates that only 2 to 3 percent of people have such significant learning disabilities that they can’t learn math at the highest levels.

People who learned math the traditional way often push back against visual representations of math. That kind of thinking represents a deep misunderstanding of how the brain works. “When you think visually about anything, different brain pathways light up than when we think numerically,” Boaler said. The more brain pathways a student engages on the same problem, the stronger the learning. -Katrina Schwartz for education blog MindShift.

Click here for the full article, and a short yet fascinating video about this brain research that can help our understanding of student learning, and our own brain development or degeneration with aging. 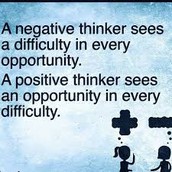 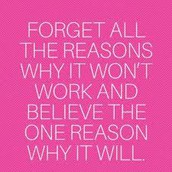 "What is the difference between 8 and 10?" Ask some first graders and you will be hard pressed to find a confident answer of 2. They will likely walk about the numbers and what they look like or sound like. Ask a random third grader and a similar response is likely.

Asking, "What is the difference" regularly, reinforces the idea that in math the difference means how many remain after some have been taken away; or how far apart two numbers are on the number line.

Students will soon have dozens of new concepts building on the idea of the difference. Reinforce this vocabulary word by writing and talking about it every day in first grade! "It is 18 minutes after eleven and we begin math at 20 minutes past eleven. What is the difference between 18 and 20?"

As the math specialist dedicated to all things First Grade, my hope is that together we inspire our children to seeing math in their world; to discovering how dependable their numbers are; to breaking their numbers apart and flexibly putting them together again; and to confidently making more and more numbers, "their numbers".
Bayview Elementary School, Middletown, NJ, United States vennemank@middletownk12.org (732)787-3590 docs.google.com/a/middletownk12.org/spreadsheets/d/1fJwyPAL2Z2VQ9y9wbuYcABkiaRSQxvFvjy9GELQWKHY/edit?usp=sharing

Follow Natalie Dougherty
Contact Natalie Dougherty
Embed code is for website/blog and not email. To embed your newsletter in a Mass Notification System, click HERE to see how or reach out to support@smore.com
close