Biology5 is using Smore newsletters to spread the word online.

Get email updates from Biology5:

Adhesion attracts to plants and other substances. This picture shows how it cant attract to a plant. 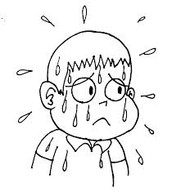 When a person is sweating the water takes away the heat from the body.

Since cohesion attracts to same substances, water is an example. This shows how the water combines with each other and its cohesion.

Biology5 is using Smore newsletters to spread the word online.