The National Road was a government funded project. It began in Cumberland, Maryland and ended in Vandalia, Illinois. It's approximately 1,000 km long and was a way to increase westward expansion. It goes through the states of Maryland, West Virginia, Pennsylvania, Ohio, Indiana, and Illinois. The road was intended to go all the way to St. Louis, Missouri but was stopped short due to the "Panic of 1837." The National Road is also referred to as the Cumberland Road or the Main Street of America. 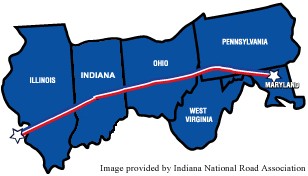 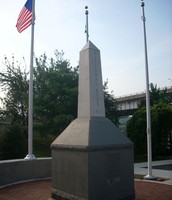 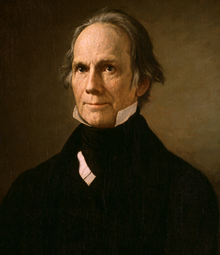 Henry Clay was a politician, War Hawk, and a member of the Whig Party. He was born into a farming family. Clay showed interest in law at a young age and that got him to where he was during the pinnacle of his career. The American System and Missouri Compromise were two major parts of Clay's political career.Clay's nickname was "The Great Compromiser." Clay ran for president in the election of 1824, but came in fourth which eliminated him from the running. Henry Clay was appointed as Secretary of State after Adam's was elected. Jackson's supporter's called it a "corrupt bargain." Clay and his followers were identified as whigs, a new political party. Clay served the union until death. He died at the age of 75 due to tuberculous.