Get email updates from gabriel: 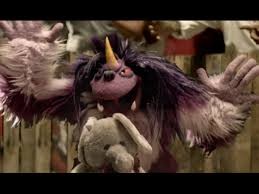 image from their vevo music video radioactive
the band imagine dragons is a band that came from Las Vegas Texas. the original members were Dan Reynolds, Andrew tolman, Daniel Wayne sermon, Brittany tolman, and Ben McKee. Brittany and Andrew would soon leave the band. Dan Reynolds and Andrew tolman both were students at Brigham young university. Andrew recruited Daniel sermon and then sermon recruited Ben McKee to complete their line up. after the tolmans left Daniel platzman would join the group to replace the tolmans.
the band had became exposed and discovered after trains front man had become sick right before the bite of Las Vegas festival in 2009. the band was called in and were asked to fill in and preform. during November 2011 the band had signed with interstellar records and the band had started working with Alex da kid/ an English Grammy award winner.
shortly after the band released its first single its time it hit number 15 on the billboard hot 100. the bands 2nd single they released radioactive hit number one on the billboard alternative songs, billboard rock songs, and the Swedish singles chart had sold 7 million more singles in the united states of america.
since their release of radioactive, the song had been nominated for the Grammy award record of the year, and the Grammy award for best rock performance. radioactive was also the most streamed song on spotify in 2013.

Follow gabriel McElroy
Contact gabriel McElroy
Embed code is for website/blog and not email. To embed your newsletter in a Mass Notification System, click HERE to see how or reach out to support@smore.com