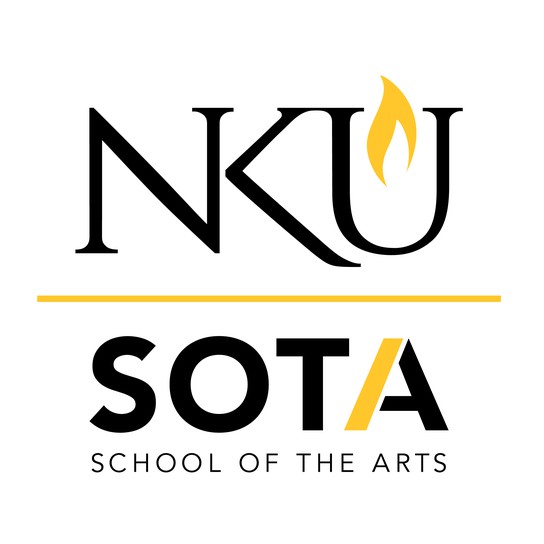 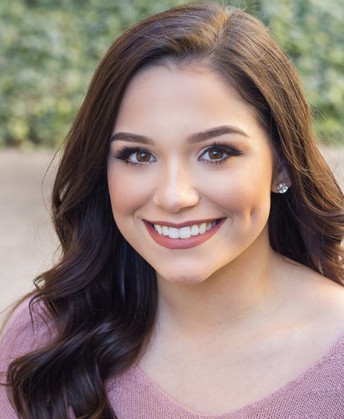 We are deeply saddened that one of our students, Ally Davis, passed away on July 6. She was a wonderful young woman and it is an understatement that we will miss her greatly.

Ally was a senior Musical Theatre student. She recently was Susan in Tick Tick Boom! and Little Buttercup in HMS Pinafore at NKU. Her talent was only matched by the size of her heart and her infectious smile which could light up any room. Ally was loved by her classmates and a true friend through the best and hardest of times. The dedication to which she pursued her craft was an inspiration to all of us. In class, on stage, or passing in the hallways, Ally made you feel as if you'd been friends for a lifetime. She represents the best in all of us, and we will forever be lucky to have enjoyed her artistry, friendship, and love of life.

How You Can Help 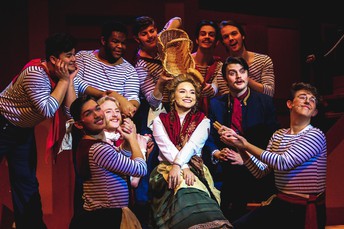 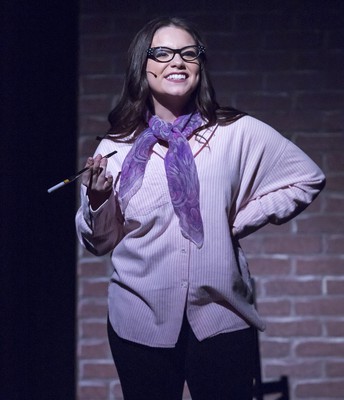 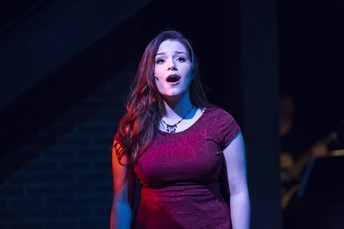 NKU School of the Arts has appointed new program heads.

Brad McCombs will transition from Program Head of Music over to the Program Head of Visual Arts, previously held by Lisa Jameson. Brad received a B.F.A. from Washington University in St. Louis and a M.F.A. from Carnegie Mellon University. Brad's interest in leadership of the arts rests in the power of the arts to transform individuals and communities that both inspires and provokes thought. His research focuses on creating powerful connections with an audience whether they are physical, virtual or somewhere in-between. His role as an artist is comprehensive and embraces activism, anthropology, ecology, and sociology. His regional public art project, the Driftwood Institute, engages students to help educate the community about our watershed. Brad has shown his work both nationally and internationally including a recent collaborative light and sound project for Cincinnati Blink Art & Light Festival, the largest crowd-generator the Cincinnati region has ever seen with an estimated 1.5 million people.

Kimberly Gelbwasser Lazzeri will be assuming the role of Program Head of Music. She is Associate Professor of Voice and Vocal Area Coordinator at NKU’s School of the Arts. In 2016, she was the recipient of the Outstanding Junior Faculty Award in the College of Arts and Sciences. Dr. Lazzeri currently serves as President of the Kentucky Chapter of the National Association of Teachers of Singing. In the summer, she often serves on the music faculty of the Kentucky Institute for International Studies in Salzburg, Austria. Dr. Lazzeri is a certified Kripalu yoga teacher and she teaches a course at NKU entitled “Yoga for Creativity.” Dr. Lazzeri holds a Doctor of Musical Arts degree and a Master of Music degree in Vocal Performance from the University of Cincinnati College-Conservatory of Music. She holds a Bachelor of Music degree in Vocal Performance from Northwestern University. To learn more, visit “Kimberly Gelbwasser Lazzeri Voice Studio” on Facebook.

Michael Hatton will be continuing as Program Head of Theatre + Dance. Michael received his M.F.A. in Theatre Pedagogy and Directing from Virginia Commonwealth University and his B.F.A. in Theatre Management from Northern Kentucky University and has been a full-time faculty since 2005. He has served in various forms of university governance and service, including general education, university and college curriculum, e-learning, master advising, international education, and planning committees, and currently serves on the executive board of the Cooperative Center for Study Abroad (CCSA). Additionally, Michael has won awards for teaching, including from the Greater Cincinnati Consortium of Colleges and University as well as the NKU Michael C.C. and Susan S. Adams Outstanding Non-Tenure Track Faculty award. He is a freelance director and stage manager having worked with numerous regional theatre companies.

We would like to thank Lisa Jameson for her leadership and kindness over the past two years as Program Head of Visual Arts. 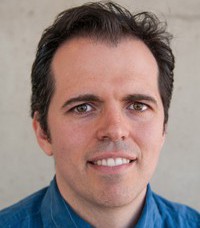 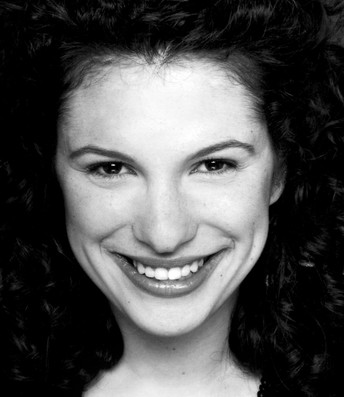 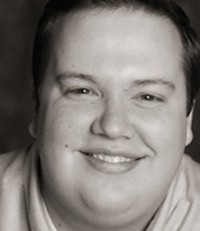 Congratulations to Daryl Harris (Theatre and Dance) and Jason Vest (Music), who were both promoted to Full Professor this year. 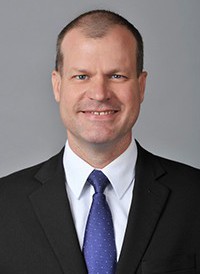 Adam began his teaching career in rural Kansas where he taught K-12 vocal music, eventually becoming the Vocal Music Director at Washburn Rural High School in Topeka. Under his direction, the Washburn Rural Chorale received top ratings at festivals each of the 11 years he taught there. The Chorale also commissioned and premiered new choral works by Timothy Takach, Andrea Ramsey, and Jacob Narverud. Adam’s choirs have twice been invited to perform at the Kansas Music Educators Conference, the state’s top honor. In 2008, Adam was honored as the WRHS Educator of Excellence.

Adam is a member of the American Choral Directors Association, the Society for Music Perception and Cognition, the College Music Society, and the National Association for Music Education. 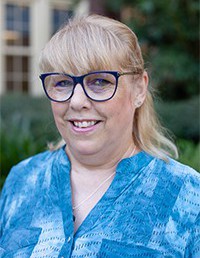 Please welcome Jo Sanburg, Assistant Professor of Theatre in Lighting and Sound. Jo Sanburg is a lighting and sound designer for theatre, pyrotechnics, and multimedia, and a composer.

Jo’s lighting design credits include Cosi Fan Tutte, The Sparrow, The Servant of Two Masters, and the world premiere of Kenley Smith’s Empires of Eternal Void. Her sound designs include Henry V, The Comedy of Errors, The 39 Steps, The Secret in the Wings, As You Like It, and Anon(ymous).

As resident sound designer for Victory Pyrotechnics, she is developing new ways to use sound and music to tell stories with pyrotechnics. As a lighting designer, Jo works to explore unique technologies and approaches to theatrical lighting, and her designs employ her musical background through an instinctive understanding of pattern, rhythm, tempo, and beat. Jo has won numerous awards for her design work, including the John T. Spiegel Award for Excellence in Design, Ostrander Award for Excellence in Sound Design, and the Southeastern Theatre Conference’s Award for Excellence in Sound Design. She has designed lights for the American College Dance Association, and her sound design work was exhibited at the 2019 Prague Quadrennial. 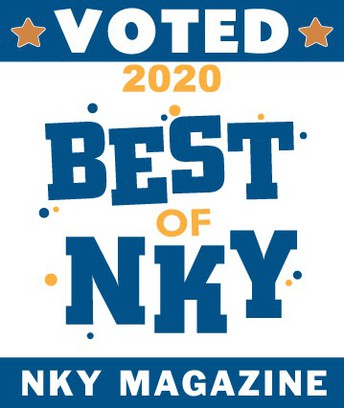 Congratulations to the NKU SOTA Music Prep division for winning the "Best of NKY in Music Instruction" for 2020 by Northern Kentucky Magazine. This marks the fourth consecutive year of Prep winning this award since 2017. Prep also won in 2014 and 2015. 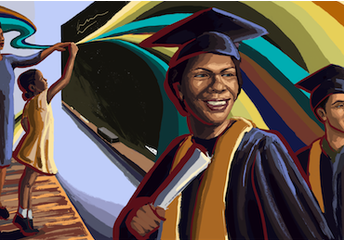 Artists are working on the first in a series of murals commemorating Newport’s 225th anniversary that is planned for the city’s floodwall that runs along Dave Cowens Drive along the Ohio River. The lead artist on the mural project is Gina Erardi, who recently graduated from NKU SOTA with a bachelor’s degree in Fine Art in Painting. The public art project is a joint effort between the city, Southbank Partners, the Northern Kentucky University Scripps Howard Center for Civic Engagement, and the Newport History Museum, which now operates in the former Southgate school building.

Here are some of the latest SOTA Second Floor Lobby renovation photos. We've got new gallery lighting installed, new paint on the walls, and new flooring! The space is almost ready to showcase artwork from our students, classes, campus, and community. 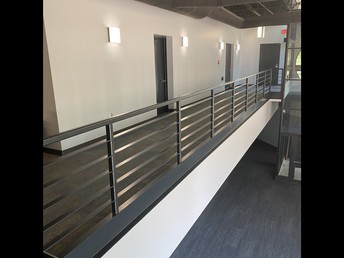 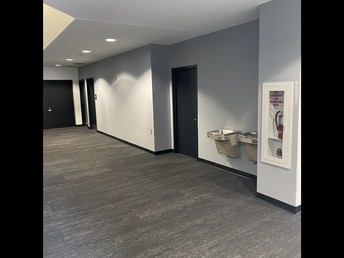 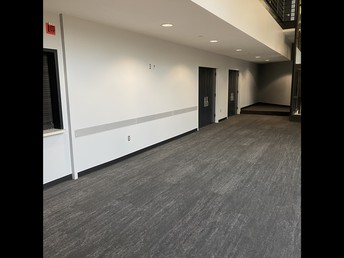 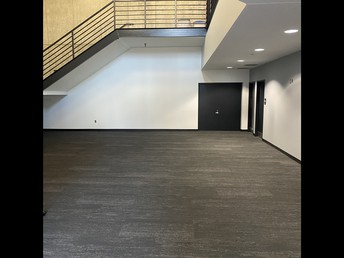 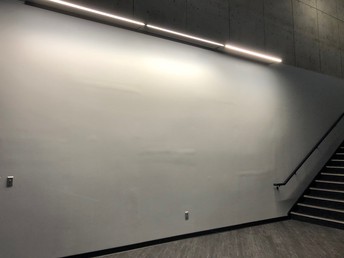 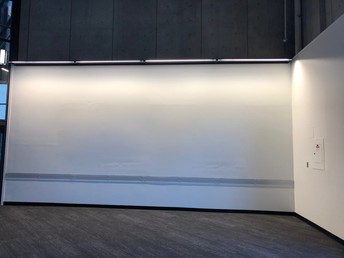 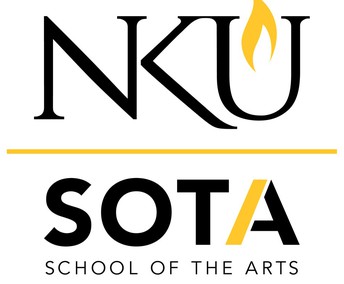